Repent — or God won’t listen to you and heal our nation…???

HomeGraceRantsTheologyRepent — or God won’t listen to you and heal our nation…??? 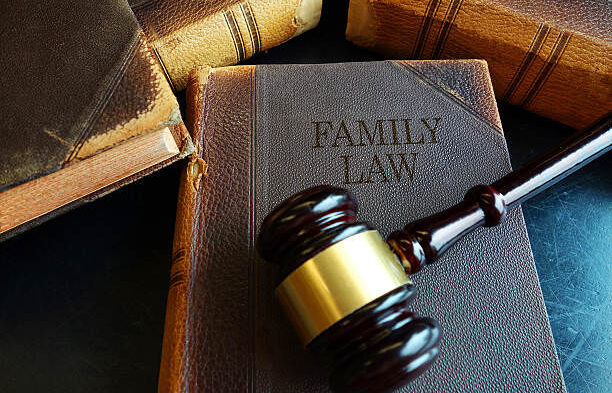 Before we pray for others, we should pray for ourselves, that we would be right with God and in fellowship with Him.

* Ask God to bring to mind any sins in your life and heart.
* Confess those sins God has brought to your mind and receive His forgiveness and cleansing.
* To confess is to agree together with God’s verdict upon sin (Greek-homologeo-to say the same thing as another.) To agree with God about sin is specific, not general.
* When we confess our sin to God, we have assurance He will cleanse us of it. It is His promise; He will not break His Word. See I John 1:9 above.

Once again, the Church launches it’s pathetic crusade against sin in Her members — this time in the guise of a call to pray for America. The formula is simple: First purge all of the sin out of your heart — then God will listen to you. Insert the right number of quarters into the cosmic vending machine and God will give you what you want.

(It’s the perfect fall back plan really: “Since I have a direct line to God and He always does what I say, if God doesn’t give me what I want, I obviously have failed to purge sin out of my life.” I guess my sin is such an awful shock to God He turns away in nausea and obviously can’t hear my prayer…)

Scripture is emphatically clear in so many places that absolutely NOTHING can ever separate us from God. Yet, it is this whole serial repentance teaching/system that causes so many people to be so concerned about sin. It builds theologies that produce the illusion of holiness because they rank violations of the law from mostly OK to downright nasty and then try to avoid/confess the nasty ones believing that, once they have done so, God is again their buddy. It’s a pity the list is ever shifting…

This is so common in our churches today. It’s like the pastor stands up at the front and there is a dividing line down the center of the stage. On the one side are sins like gossip, judgment, eating bacon double cheeseburgers (And other dietary laws) and all of them are under the blood of Christ. On the other side are real sins like homosexuality, adultery, abortion etc. and each seems to come with the demand that the practitioners of such be railed against and condemned. The pastor stands on one side with the pardoned sins and rails against the rest demanding that they stop and RIGHT NOW!!! It’s idiocy and it cheapens what Christ did for us. Without a grasp of how terribly and totally broken we are as a flawed species, we can never experience a holy excitement about how loved we really are.

You will somehow manage to violate the law of God in the next thirty seconds. Want me to prove it? OK. You either just committed the sin of arrogance because you are questioning how that could be true of you or you just committed the sin of self centered contempt after you dug up your secret thought crime — either that or you have treated me with contempt because you are currently asleep while reading my writings — HOW DARE YOU!!!

Unless we come to an understanding of how shattered we were, we are still, at some level, going to reject ourselves for His love will never settle into the deep places of our hearts. Attempts to make sure I have confessed sin (Remember, all of them are equal in God’s eyes) to be eligible to pray to God are an absurdest exercise in self deception because I violate the old code of law (Which I am never to be under again) so often I would never have enough time in any day to confess it all. This is a Joy filled pessimism: I will never come to the end of my brokenness because it is who I am — and that’s absolutely amazing!!!!!

It’s amazing because, In that state, God in his love gave me a new heart — a new identity. In Romans 8:15 Paul makes it so clear that I may once have been a sinner, a homosexual, an adulterer or a gossip but that is no longer who I am. Because of such, I am freed to climb out of the mud puddle I have been rolling in, to run right into the presence of a Holy God, climb up on His lap, wrap my arms around His neck and squeal Dada and receive love from Him for I have been made holy, I am now called a saint and a beloved and forever adopted child of the Most High King. The impact of the Gospel is first and foremost relationship — whatever happens after that is just a bonus — not the goal.

When we make our behaviors the issue and stopping (Or at least confessing) the focus, we commit a cardinal error. Gal 2:16-21 addresses that problem: “But if, while seeking to be justified in Christ, we ourselves have also been found sinners, is Christ then a minister of sin? May it never be! “For if I rebuild what I have once destroyed, I prove myself to be a transgressor.

Paul is saying something critical there that I’m going to try paraphrase:

“If you, in your desire to be holy, have again adopted a performance and rule based system of evaluating whether you are acceptable and have used the Gospel to justify such, then you are making Christ Lord over a system of death again for having to perform killed me in that it made me want to be bad. That can’t happen. If you again put together a system of rules (Written on new tablets of stone) to follow in place of the new law (written on tablets of flesh), all you manage to do is to again make yourself into a person under the condemnation of your new system of rules which Christ came to abolish.” (Stone/flesh metaphor taken from Ez. 36:26-27)

If we have to create a pure heart by going through a religious exercise in confessing every transgression before we believe God will listen to us, we have first of all climbed back under the law to which we died. We have then taken that law and used it to judge ourselves — which God Himself will not do now that we are in Christ. We add insult to injury through creating a new system of sacrifices whereby we figure we can pay for our sins by just reciting a prayer — which insults a God who had to die for that problem. We finally stand before our cosmic vending machine with just the right number of quarters and believe that we can now buy God’s performance. How dare we?

It’s either about relationship with Jesus wherein we address lies that keep us from total freedom to be in His presence (holding His hand where our new hearts want to be) or it’s about cleaning up our act and fighting a war we can only even remotely look like we are winning if we delude ourselves. (And evil wins anyway because we have taken our eyes off our focus — Jesus.)