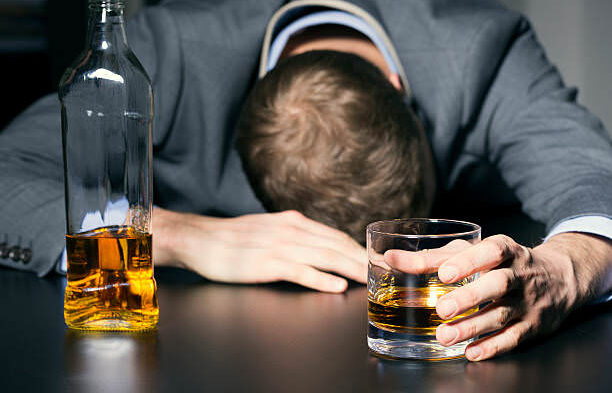 Probably the most richly government-funded and the most poorly researched program in existence is AA. It is a program that claims to bring freedom to millions — whom it tells will always be alcoholics, must attend meetings for the rest of their natural life and must spend such, “Working their program.” Not surprisingly, it has a failure rate of at least 80% and probably is failing at a rate of 95%. For the curious, here are some references:

There are so many voices it is difficult to determine the original source but the information was initially (Quite accidentally) released from AA’s own internal studies — which they have been aggressively working to suppress ever since. The most public airing of the data occurred August 20/2004 at 11:00 pm and September 12/2004 at 9:00 pm on the Showtime original show called, “Penn & Teller: Bullshit.”

Due to AA’s efforts, the documents are not widely available so Penn & Teller showed them onscreen during their broadcast. They detail a 95% failure (to cease drinking) rate at 5yrs from date of entry.

In my mind, one of the best secular treatment programs out there is St. Jude. A different but parallel retention statistic is right on their home page as well which states that 95% of people don’t even last a year in the program… Do the math: If 97% of programs are AA based, then it comes out even worse then 95% unless there is some hidden program out there with 10 million people in it…

This is the future of secular level treatment. They have an independently verified 62% success rate — the best in the industry.

Another voice has been Dr. Jeffrey Schaler (Author of, “Addiction is a choice.”) who solidly disputes both that Alcoholism is a disease or that disease-related models (Like AA) have any success in treating the disorder. His claim is that while AA appears to help 5% of people who go through it, 5% of people who undertake no treatment manage to get well on their own.

A third has been Jim Christopher — SOS Sobriety — who is willing to give AA only an 80% failure rate at 2yrs from entry. He then disputes the success of such through a detailed assessment of the groupthink, thought control, cloning, mystique, self-confessions, group speak, fear of judgment, increasing co-dependency, unhealthy identification and veneration of texts/leaders as being identical to the functioning of a cult. He questions whether the persons have simply exchanged one addiction — alcohol — for another — thought control.

He is making a critical assessment here in that he understands that addiction is addiction. Just because the socially unacceptable behaviour has stopped does not mean that you suddenly have a fully functional person able to live the fully human lives they were created to enjoy.

A fourth is a gentleman by the name of Dr. Lance Dodes MD (The author of, “The heart of addiction.”) who again disputes the idea that alcoholism is in any way related to a disease. He believes that the root of addiction is emotional pain and the practice of addiction is a maladaptive strategy of coping with such.

He, by implication, is probably one of the more aggressive in this area as the entire thrust of his argument is that AA is treating symptoms (The behaviour of drinking) — not the problem. Thus, any apparent healing seen can not be legitimate — it’s a mask for the problem that just makes it look good but further shatters the person. (He would probably even dispute the 5%…)

S.M.A.R.T. Recovery program’s web site notes that, to date, the effectiveness of AA and related programs is essentially unproven. S.M.A.R.T is a secular humanist treatment program. They are somewhat less effective than St. Judes but they are a very interesting read as an option…

It just takes common sense really. Clients who have been in AA tell me that they never wanted to drink more than when they were in the program. By the time you label people addicts, then judge people for their failures and then tell those who are already at the end of their rope to work harder (while holding their wounded feet to the fire), it’s only logical that they need a pain killer…

Here’s the bottom line: Statistically, people will always have a better chance of recovering if they have never been exposed to AA’s alcoholism and drug addiction treatment programs.

Just in case it isn’t already clear, we do not and will not use 12 step programs of any sort.