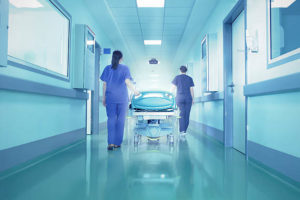 It’s then that I explain that in fact there’s a lot that they can do to meaningfully impact their risk for Alzheimer’s disease and it’s not in the form of anything purveyed on a prescription pad.

I discuss the work of Dr. Deborah Barnes, a dedicated Alzheimer’s researcher at the University of California San Francisco whose report in the prestigious journal Lancet Neurology demonstrated that specific modifiable lifestyle factors like physical inactivity, diabetes, and smoking are associated with an astounding 54% of Alzheimer’s cases in the United States (2.9 million patients).

I provide them with copies of a 2012 Mayo Clinic report published in the Journal of Alzheimer’s Disease showing that adults eating mostly carbohydrate rich foods ended up with an 89% increased risk of becoming demented, while those whose diets had higher levels of healthful fat actually experienced a 44% risk reduction for dementia.

I show them the report from last month published in the New England Journal of Medicine demonstrating how even mild elevations of blood sugar, well below the range that would qualify for the diagnosis of full-blown diabetes, levels that wouldn’t concern many doctors, are actually associated with a dramatic increased chance for developing dementia.

My other option is to somehow convince myself to convey a sense of hope that medical research might develop a pharmaceutical intervention sometime in the next decade or two to help reduce everyone’s risk for becoming mentally compromised. However, understanding that the tools for Alzheimer’s prevention are already at hand makes this option untenable.

As for their other comment, the one about not knowing what it’s like to deal with this disease affecting someone you love, I often cross the line in terms of relating personal experience during what is considered a professional encounter. I’ll often explain that each morning before I see patients in our clinic, I visit with a brilliant neurosurgeon.

By the time I arrive at his assisted living facility he’s fully dressed in preparation for making rounds in the hospital, visiting his patients to make sure they were comfortable through the night. The truth is he hasn’t practiced medicine for almost 30 years. My hope each morning is that my dad might remember my name.

I rarely link to these guys. The site is a strange mishmash of truth, speculation and some outright lies. But, this article is different.

It’s just another piece of evidence on the already enormous pile of research showing that the low-fat craze we bought into as a society has accomplished nothing beyond lining the wallets of the carb producers of our world — while having lethal implications for our health.