A loss of the ability to address hardships?

HomeChildrenDepressionParentingPhilosophyRantsA loss of the ability to address hardships? 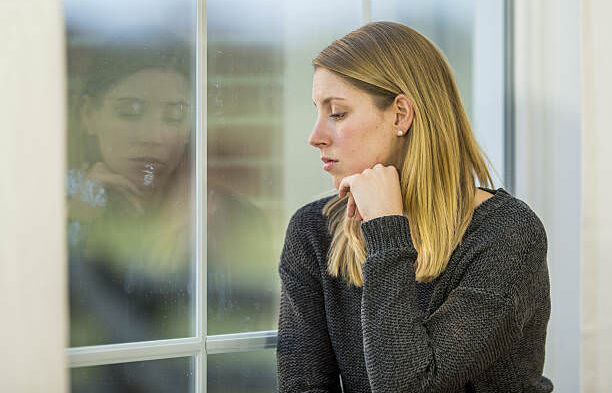 I suggested finding a job after graduation, even if it’s only temporary. She cried harder at this idea. “So, becoming an adult is just really scary for you??? I asked. “Yes,? she sniffled. Amy is 30 years old.

Her case is becoming the norm for twenty- to thirtysomethings I see in my office as a psychotherapist. I’ve had at least 100 college and grad students like Amy crying on my couch because breaching adulthood is too overwhelming.

In 2000, psychologist Jeff Arnet coined the term “emerging adolescence? to describe extended adolescence that delays adulthood. People in their 20s no longer view themselves as adults. There are various plausible reasons for this, including longer life spans, helicopter parenting, and fewer high paying jobs that allow new college grads to be financially independent at a young age.

Millennials do have to face some issues that previous generations did not. A college degree is now the career equivalent of what a high school degree used to be. This increases the pressure on kids to go to college and makes the process more competitive. The sluggish economy no longer yields a wealth of jobs upon graduation.

Rates of depression are soaring among millennials in college. A 2012 study by the American College Counseling Association reported a 16 percent increase in mental-health visits since 2000 and a significant increase in crisis response over the past five years. According to recent studies, 44 percent of college students experienced symptoms of depression, and suicide is one of the leading causes of death among college students.

It seems as if every article about millennials claims that these kids must all have narcissistic personality disorder. It’s easy to generalize an entire population by its collective Facebook statuses. However, narcissism is not Amy’s problem, or the main problem with millennials.

The big problem is not that they think too highly of themselves. Their bigger challenge is conflict negotiation, and they often are unable to think for themselves. The overinvolvement of helicopter parents prevents children from learning how to grapple with disappointments on their own. If parents are navigating every minor situation for their kids, kids never learn to deal with conflict on their own. Helicopter parenting has caused these kids to crash land.

In so many ways, this is just a continuation of this post on emotional regulation.

I constantly see this in our children’s school. Parents openly talking about being ticked off because the science project they did (While their kid played video games) got a low mark. Consequently, children who have parents who make them do their homework for themselves – well, forget about the honor roll and face up to the reality that the bar has just been raised for the whole school as teachers grade like this is normal…

It’s not homework – it’s a parent project. Some reteach what the teachers should of – others just do it for their child. Either way, the system is being gamed by parents who now feel they have to.

Meanwhile, all you have to do is walk through the school entry on parent teacher interview night to see the parent with the peaceful calm of Ativan, the one with the strangely emotionless state of high dose Zoloft and the stressed and desperate look of those who are not quite there – yet… They stand alongside their children who are chewing their nails, picking at their mangled cuticles until they bleed and jumping out of their skins when someone drops a book.

It’s definitely not just the kids who are crash-landing.

Other then for a lucky few with gifted children, most parents see it as a choice between red pill or blue pill:

Red Pill: Let your kids struggle through themselves, crash due to impossible standards and, hopefully, get their self worth back later.

Blue Pill: Do it for your kids, you crash, they feel good about themselves – and then they crash later.

The linked article is correct – and brilliant – but there’s a much bigger picture of corporate malfeasance, political spinelessness, NeoCon ideology, unchecked outsourcing and shareholder wealth siphoning that has created this civilization wide state of desperation (instead of hope) about our children’s futures.