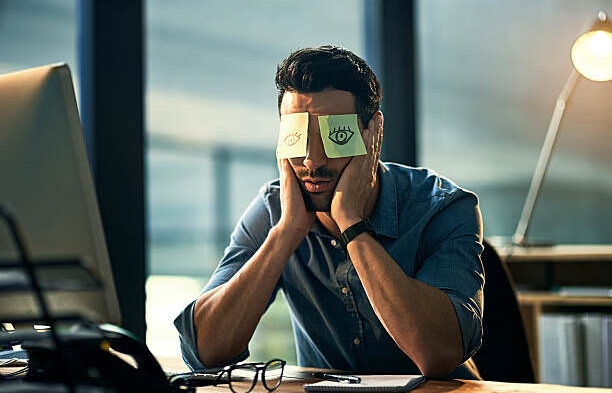 I awoke in a bed for the first time in days. My joints ached and my eyelids, which had been open for so long, now lay heavy as old hinges above my cheekbones. I wore two pieces of clothing: an assless gown and a plastic bracelet.

I remembered the hallway I had been wheeled down, and the doctor’s office where I told the psychiatrist he was the devil, but not this room. I forced myself up and stumbled, grabbing the chair and the bathroom doorknob for balance. I made it to the toilet, then threw water on my face at the sink, staring into the mirror in the little lavatory. My tousled hair shot out around my puffy face; my head throbbed. I looked hungover.

In those first moments, I remembered the basics about what had landed me in the hospital: Some pseudo-philosophical ranting and flailing brought on by a poorly executed experiment to see how long I could last without sleep.

I was 18, in Italy, on a school-sponsored trip with that pompously misnamed group for American teens who earn As and Bs, the National Honor Society. I stayed up writing all night, and the next morning, on little more than impulse, I decided to go for it.

When I finally went home, a week after entering the hospital, I had prescriptions and appointments with a psychologist and a psychiatrist. The psychologist believed I was not crazy. She and my parents argued with the psychiatrist about the medication, who eventually agreed to first wean me off an anti-psychotic by transitioning me to an anti-depressant, and then to wean me off of the anti-depressant entirely. This process lasted four months. Before the sleepless nights, I had been a strong test taker, and I never felt nervous while writing. On the contrary, writing had been one of the few tasks that gave me confidence, even calm. But in the middle of a standardized test in May, I shook with anxiety and asked to leave the room. (I later finished the test by myself under the supervision of a guidance counsellor.) In June, night after night, I sat down a write a research paper, and my head pounded and swirled.

No doctors or psychiatrists suggested that this had all happened because of sleep deprivation. They were sure it was something endemic that had caused the hallucinations and the existential rambling. I spent much of that summer alone, learning to trust my mind again by reading and writing and speaking with my family. I left for college in the fall, off medication, unsure of how my foray into sleep deprivation and its ensuing madness would affect me, and I worried it would creep up on me again. In the nine years since then, it has not. I feel like I might have more trouble concentrating, but it’s unclear whether this trouble stems from sleep deprivation, or from that vortex of distraction, the Internet.

It’s a long read — but very worth it.

This is a study of what sleep deprivation can do to you — and how little credence is given to the impact of such.

Simply put, the medical community barely grasps the importance of sleep in North America. We act like sleep is basically unnecessary — then treat people who have not slept longer than 2hrs/night for months like they are just faking it when they start vomiting uncontrollably and shaking in panic and anxiety attacks. A known anxiety patient shows up in a delusional state, and I have yet to see Dr. jump to a diagnosis of sleep deprivation — but the anti-psychotics will be on the table like a card trick.

People I work with overseas will hand out sleep meds like jelly beans — yet fight to never prescribe psychoactive medications. Here, the same specialists will hand out Prozac like it’s candy…

Maybe some psychiatric patients are actually sane — and our culture is what is insane? Sanity does somewhat depend upon which side of the asylum fence you are standing…