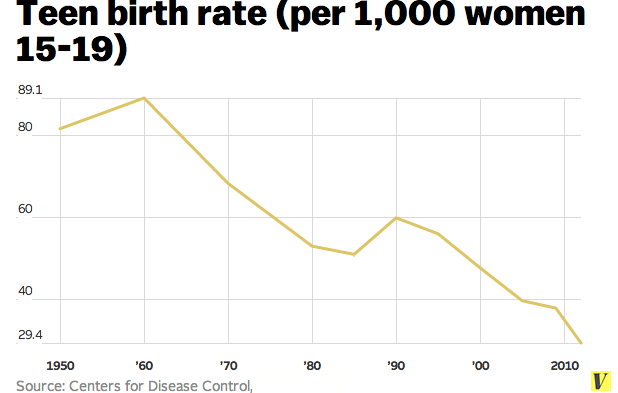 The Centers for Disease Control released a monster report last week on the state of Americans’ health. The 511-page report makes one thing abundantly clear: teens are behaving better right now than pretty much any other time since the federal government began collecting data.

It’s short, it’s sweet, it’s mainly comprised of charts and it’s the perfect buzz-kill for the usual narrative of, “Kids these days are never gonna amount to anything.”