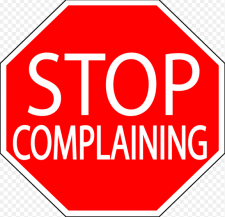 So why don’t people just ask for what they want instead of complaining about what they don’t get?

Try it this weekend. The next time your partner does something you don’t like, instead of complaining about it, just ask your partner for what you want.

And the next time your partner doesn’t do something you wish he or she would do, instead of pointing out that they didn’t do it, just ask them if they would do what you want now.

Notice what happens. Notice your tendency and habit-maybe even desire-to be critical of your partner. What’s that get you? Maybe you get to be right, but do you get to be close or to connect? And, which do you want more?

Something tells me that the linked article was written by a really cranky therapist after a hard session of all-out martial combat.

As cranky sounding, as it is though, it’s so true.

And, it’s difficult. None of us find it easy to ask for what we want — the other person could decline our request and then what will we do. It’s so much easier to complain.

But, the vulnerability of asking does wonder…