How does the global internet compare to a single human brain?

HomeNewsHow does the global internet compare to a single human brain? 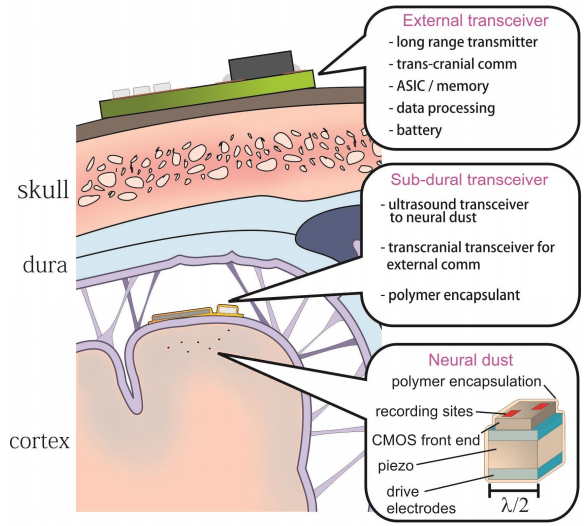 So 200 trillion bytes per second or 1.6 petabits per second should be roughly enough to transmit the complete state of a brain. (Not including the connection patterns. That’s a whole ‘nother envelope!)

How much is that?

It’s about 1 optical fibre. The maximum conceivable bandwidth of a single-mode optical fibre is set by the frequency range where it’s clear enough to transmit light without melting. That number is about 1 petabit (10^15)/s, depending on the transmission distance. Bit rates of about 10% of that have been achieved in the laboratory using “Space Division Multiplexing”, while the current generation of optical networking products uses multiple channels of 100 Gigabit Ethernet to achieve as much as 10Tb/s on a fibre, about 1% of the theoretical limit. A petabit per second is away in the future, but so is our neuro-dust.) Even now, we could probably fit a brain dump on 16 of the laboratory fibre systems.

So we can imagine putting the bandwidth of a brain onto a cable we can hold in our hands.

But how much is THAT?

Cisco puts out a report every year estimating the total traffic on the internet. This year, they’re estimating that the total IP traffic in the world is 62,476 petabytes per month. That’s about 190 terabits/second. So a brain readout would be about 8 times the internet’s total data rate.

So, just in case you are suffering from the delusion that the human race is really a technologically advanced society, click the above link for a little article to pop that balloon…

When I was in grad school, (Mid 90’s) one of my professors made the comment that “Our current understanding of the human brain is roughly equivalent to turning a monkey loose in the space shuttle with a hammer and trying to figure out how it works from what stops working when he smashes things.”