Perhaps we need to pick our heroes more carefully?

HomeFreedomNewsRantsPerhaps we need to pick our heroes more carefully? 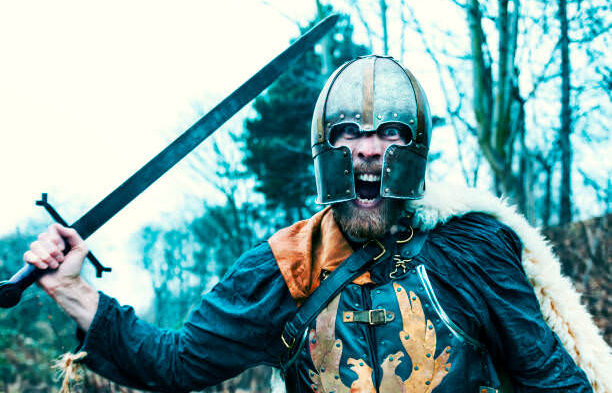 Calling all cops and troops heroes insult those who actually are heroic – the soldier who runs into the line of fire to protect his division, the police officer who works tirelessly to find a missing child – by placing them alongside the cops who shoot unarmed teenagers who have their hands in the air, or the soldier who rapes his subordinate.

It also degrades the collective understanding of heroism to the fantasies of high-budget, cheap-story action movies. The American conception of heroism seems inextricably linked to violence; not yet graduated from third-grade games of cops and robbers. Explosions and smoking guns might make for entertaining television, but they are not necessary, and more and more in modern society, not even helpful in determining what makes a hero.

A social worker who commits to the care and advocacy of adults with developmental disabilities – helping them find employment, group home placement and medical care, and just treating them with love and kindness – is a hero. A hospice worker in a poor neighbourhood, providing precious comfort and consolation to someone dying on the ugly edges of American healthcare, is a hero. An inner-city teacher, working hard to give essential education and meaningful affirmation to children living in neighbourhoods where bullets fly and families fall apart, is a hero.

Not all teachers, hospice workers or social workers are heroes, but emphasizing the heroism of those who do commit to their clients, patients and students with love and service would cause a shift of America’s fundamental values. It would place the spotlight on tender and selfless acts of solidarity and empathy for the poor. Calling all cops heroes too often leads to pathetic deference to authority, even when the results are fatal, and insisting all members of the military are heroes too often reinforces the American values of militarism and exceptionalism.

The assignment of heroism, exactly like the literary construct, might have more to do with the assignment of villainy than the actual honouring of “heroes.” Every hero needs a villain. If the only heroes are armed men fighting the country’s wars on drugs and wars in the Middle East, America’s only villains are criminals and terrorists. If servants of the poor, sick and oppressed are the heroes, then the villains are those who oppress, profit from inequality and poverty and neglect the sick. If that is the real battle of heroism versus villainy, everyone is implicated, and everyone has a far greater role than repeating slogans, tying ribbons and placing stickers on bumpers.

Today we stand in honour for those who gave their lives in the defense of freedom. There are many, self-included, who had family members who fought in WWII on each side (in my case, half on each side) and who did die — some, honourably — in the cause of, well, something…

Both sides believed they fought for freedom. One side currently gets to write the history books and be the side who claims title to such — the other gets to be the villain.

But, today we stand those who fought for freedom… Or, do we just stand with military people now — because military = good???

Right now, Canada is involved in a war — a war that very well could also send some of our soldiers home in a box. Because, well, just because…

But, what is it a war about? Should those who fight in this sort of dubious excursion even remotely be classed under the fight for freedom? And, who or what are we celebrating anyway?

Remembrance day was never intended as a celebration of misadventures of a military nature or a theatre to elevate the unfortunate necessity for it or the practitioners of such. It was based on the understanding that those who forget history are doomed to repeat it. It was a day of a sober second thought about the wisdom of war and the policies that led to such. It was about the horrendous inhumanity we are capable of and a call for the building of a very different world.

We were supposed to be celebrating the end of the war — because we had committed to building a different world based on human rights and freedoms instead of violence and control. Not celebrating war and deaths in such.

Why? Because a world that starts with fundamental rights, freedoms, equality, dignity and a political system that seeks to offer such to other political systems will see so many fewer soldiers coming home in boxes then a world that longs to see, “An eye for an eye and a tooth for a tooth,” be the order of the day.

Really, there’s no such thing as honour in the war to remember.

True, military protection may never become unnecessary and the persons who undertake such do not deserve condemnation — if it is actually protection they are offering. But, the role models we need are hardly more, “Heroes,” bearing guns.

And, what we really need to remember today is that the VERY last thing we need are leaders continually beating the drums of war and acting like there is even the tiniest shred of honour inherent in such.