Do you demand, or withdraw?

HomeDatingMarriagePremarriageDo you demand, or withdraw? 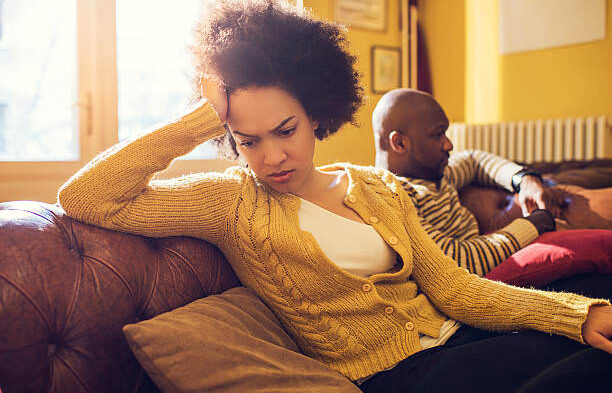 My last (failed) relationship, it turns out, is a psychological cliché, which is disheartening but at least it gives me plenty of company. If you’d peeked through my windows, you would have seen me-imploring with tears in my eyes or angry with my voice raised-demanding that we address the problems we were having. You’d also have seen my partner, his arms folded across his chest, silent and unresponsive, a dismissive look on his face.

In its own unhappy-making way, this pattern of interaction is as classic as a Little Black Dress, and it has a moniker and an acronym: Demand/Withdraw or DM/W. It isn’t a new pattern, of course-the so-called “nagging” wife shows up in folklore all over the world, in many varied (and misogynistic) forms-but research shows that DM/W is a powerful predictor of marital dissatisfaction and divorce.

It’s also associated with depression, physical abuse, and the mental health symptoms of young adult children, according to a meta-analysis review conducted by Paul Schrodt and his co-authors. Of all the troubling relational patterns, Demand/Withdraw is truly worthy of HazMat status.

Some individuals are far more likely to find themselves in this kind of conflict than others. It’s not a familiar pattern in a healthy relationship, but common in one that’s already distressed. It seems to be separate from other negative behaviours, such as screaming and yelling, although it often appears with them. There’s evidence that it’s more common if a spouse is depressed. As a pattern, DM/W seems to have a gender bias: most of the research shows that the Demand role tends to be played by women, the Withdraw by men. (The shorthand for this in marital studies is WD/HW, or wife demand/husband withdraw-as opposed to HD/WW, or husband demand/wife withdraw.) Theorists have proposed that the differences in how women and men are socialized may account for the skew-in this scenario, women seek out affiliation, are more expressive, and fear abandonment while men are more autonomous and afraid of engulfment in relationships.

The above-linked article, to put it mildly, is terrible. The only thing it has going for it is a good example of the problem — and nothing else.

But, that’s useful — the rest of what is needed is how to fix it.

The DM/W pattern is founded in two key belief systems:

(1). My way and I myself matter more than the relationship and I demand you submit to such.

(2). The only way I will be able to get my needs (Demands?) met is via shame, fear or guilt based control.

Stopping it starts with sacrifice and selflessness. It’s saying that I care more about this relationship then I do about myself and, thus, I am willing to abandon my demands for it.

It then continues with a commitment to identify and stop the pattern when it is happening — coupled with an equal commitment to changing the structure of the relationship itself.

That requires addressing things when they first appear, really listening to your spouse, talking clearly but gently and kindly through issues and learning how to practice gratefulness, appreciation and affirmation on a constant basis.

The DM/W pattern is usually birthed in the silence of the demand-based spouse that lasts until the tension is finally released in an explosion. Learning really early conflict engagement is usually essential to fixing this problem.

For some couples, there is also the belief that talking about things will only make them worse. If that is the case, then a key indicator just lit up on your marital dashboard that says, in no uncertain terms, that it’s time to get help and learn some radically different conflict resolution skills.