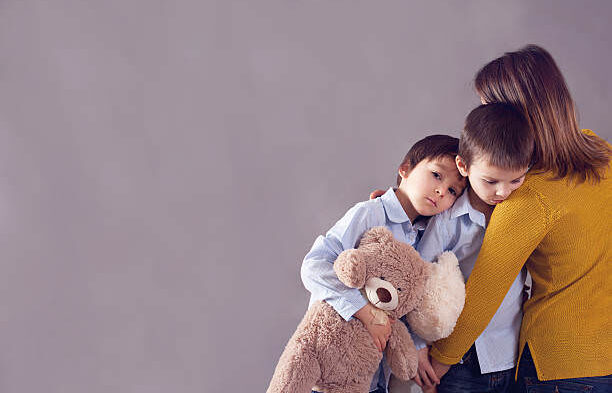 “If you believe that you can shake your children or slap them across the face and then smooth things over gradually by smothering them with love, you are mistaken,” wrote lead researcher Jennifer E. Lansford on the Child and Family Blog. Lansford is a research professor at the Social Science Research Institute at Duke University. “Being very warm with a child whom you hit in this manner rarely makes things better. It can make a child more, not less, anxious.”

The blog is a joint project of the Future of Children at Princeton University and the Applied Developmental Psychology Research Group at the University of Cambridge.

Lansford calls it “one of many worrying findings” in the multicenter research about corporal punishment. They interviewed more than 1,000 children and their mothers, from eight different countries, asking about levels of physical punishment and also about anxiety and aggressive behaviour on the part of the children.

They found that while maternal warmth can lessen the impact of “low levels of corporal punishment” among children ages 8 to 10, both anxiety and aggression still remain — just not quite as much. It doesn’t typically diminish the negative impact of high levels of physical punishment. Lansford said countries with a more authoritarian parenting style, like Kenya and Colombia, see less effect on the children than other countries.

“Generally, childhood anxiety actually gets worse when parents are very loving alongside using corporate punishment,” she wrote. The researchers aren’t sure why, but she said it might be “simply too confusing and unnerving for a child to be hit hard and loved warmly all in the same home.”

The truth part of it is that the majority of the discipline tactics taught within the hallowed halls of fundamentalism are, in fact, child abuse and no amount of good intention or loving acts after, “Giving you a slap across that filthy mouth,” is going to lessen the impact of such. The hold of aggression and anxiety will remain the same and the abuse will only increase the chances of the same behaviour occurring again.

Note how the wording above changes from slapping kids across the face to corporal punishment. Because those are one and the same?

Yet, you read nearly any writing on corporal punishment and you see this exact error replicated nearly constantly.

(1). Corporal punishment is still in huge use around the world and across North America by people who, plainly, think these researchers are idiots.

(2). We definitively KNOW that corporal punishment is largely ineffective and, at best, a short term solution.

People still really do trust science and can be persuaded — by scientists that they see as having no axe to grind and no willingness to warp their language to accomplish such.

We need more then a few of them in this field or people are forever going to read, “Spare the rod,” (Which was the expensive and fragile hooked tool used to steer and rescue sheep,) as, “Spare the staff.” (The straight fighting weapon used to violently defend sheep from marauding agents.)