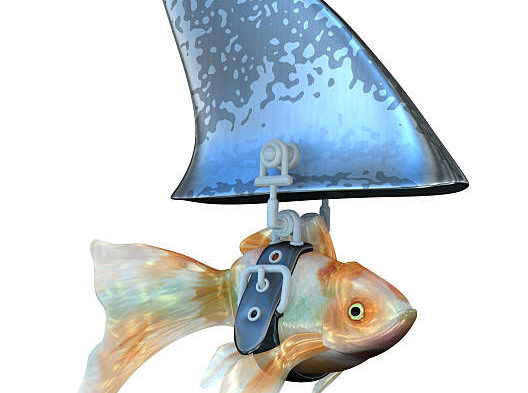 The revelation adds to questions about how much Lufthansa and its insurers will pay in damages for the passengers who died.

It also underlines questions about how thoroughly the aviation industry and government regulators screen pilots for psychological problems.

It’s pretty much the same story all over again.

Someone in a position of power goes off and kills others due to a common-cold level mental illness such as depression that remained untreated.

Everyone gets their tails in a knot.

Immediately, the talking heads start to discuss how carefully that profession is screened for psychological problems, suggest expanding such to other areas and begin to drizzle on about liability.

Aviation officials come back with the facts about the already brutal controls in place that essentially strip the careers out from under the people who report any sort of mental illness:

“It really would depend on what the psychiatrist or psychologist that he saw wrote, and what his symptoms were,” Silberman said. “The minute he declares he is depressed, he is grounded. And if he goes on medication, he’s definitely grounded.”

After treatment, “If you were doing better after the depressive episode and the (doctor’s) note was favourable, then the FAA would likely clear you,” he said. Admitting suicidal thoughts would probably mean a longer period of being grounded, and the pilot’s case would probably wind up in the hands of the FAA’s chief psychiatrist in Washington, he said.

Silberman said that over time pilots become more willing to discuss their mental state with their doctors, and there are employee-assistance programs to help them. Still, pilots often hide their medical problems.

And the whole conversation gradually fades away…

Because it fundamentally misses the point.

When the aviation industry and government regulators spend money to screen pilots for psychological problems they are looking to avoid liability. To be able to say that they did their due diligence.

I’ve sat in a class where a prof, by show of hands, successfully diagnosed every person in the class with at least one mental illness in under 90 min — and then unceremoniously left claiming he had no idea what he was doing there as, “All of you are crazy.” (Thus definitively making his point…)

One PsychCentral author, commenting on an insane plan to even extend psychological assessment to the Bar, put it this way:

And who should decide which mental illnesses should be included in the questions? As a dual-diagnosed recovered alcoholic who spent a decade of her 30+ years in journalism covering courts – from murder trials to divorces – the biggest mental illness I saw affecting the ability of lawyers was alcoholism.

As I see it, if you’re going to allow licensing boards to ask questions about mental illness, you better include alcoholism. Do you really want a pilot or surgeon with a nasty hangover flying your plane or cutting into you? And wouldn’t you want someone who had the common sense to get treatment rather than someone who is in denial about their mental illness?

Do you really think they are going to respond truthfully anyway?

Maybe for certain professions the applicant should be required to give permission to a physician to reveal debilitating conditions to the licensing or regulatory authority. That makes more sense to me than asking about a mental illness that the applicant is either in denial about or will certainly lie about.

No, they are most certainly NOT going to tell the truth and they never have.

Ramping up the testing to searches of pilots medical records for the same psychological problems won’t fix it either. Doing so only adds one more person to the list of people to lie to — the one that the pilot LEAST needs to be lying to.

Because, the real problem is liability-based butt covering by corporations who would rather spend a tiny little bit of money on testing (that threatens pilots into silence and lets the airline get cheap insurance) then to claw the big money out of their shareholder’s dividend checks that would be required to provide decent benefits for those pilots so they can tell the truth, keep on feeding their families, retain their dignity, get real help for the problems they ALL have and no longer suffer in silence.

But, it’s cheaper to have their insurance pay the 300 million dollar bill this suicide will cost then it is to actually protect people…