Here’s how you spot the next suicide bomber

HomeNewsPhilosophyReligion run amuckHere’s how you spot the next suicide bomber 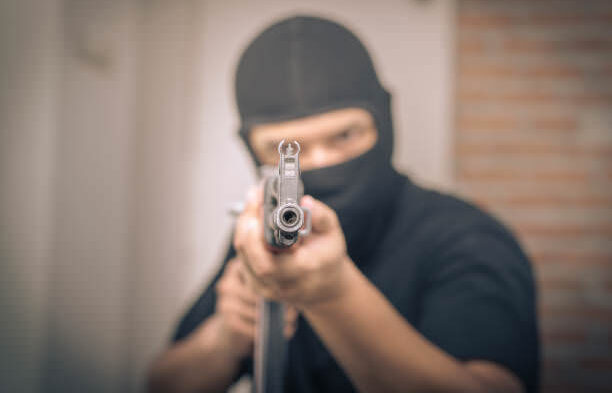 Even if blowing oneself up were instantaneous and the individual didn’t feel physical pain, adds Caouette, there is still great psychological duress. ‘This is not mentioned in our paper, but suicide bombers usually go through a long preparation to make them ready to become suicide bombers.’ They have to say goodbye to or cut off contact with their families, who might not approve of their actions. ‘In the end,’ she said, ‘martyrdom can take many forms of self-sacrifice, whether feeling pain or losing one’s life.’

The Self-Sacrifice scale creates an unprecedented psychological test of the degree to which individuals are willing to give up ‘their wealth, their important personal relationships, and then their life’ for something they value more highly. As the researchers point out, such traits can have intensely pro-social outcomes as well as destructive ones. Contrary to the idea that martyrs don’t value their life and are depressed, the study found that these individuals were usually constructive and motivated. Still, they were simply willing to sacrifice their closest relationships for something that mattered more – their cause.

So much of our society (and the spy services which mirror our deepest fears) is focused on maintaining a set of fantasies. Those fantasies are stories we tell ourselves to help us maintain our carefully constructed illusions of safety.

Illusions like the idea that all terrorists are crazy and all soldiers are virtuous. Fictions like suicide bombers have no other options and are manipulated by others (or poverty) while the marines are volunteers motivated by the love of God, country and apple pie. We just blindly accept the idea that terrorism is a random and confusing phenomenon that requires extraordinary measures to control.

Because of this, we buy into lies like the idea that it’s impossible to profile a terrorist, impossible to spot who will perform a radical act and, thus, we need to spy on everyone. (So, let’s all let our governments pass crazy national spying laws — C-51/Patriot Act — that violate every right or freedom anyone ever fought and died to give our societies.)

Sadly, the above linked not only demonstrates that the reverse is true, it even provides a testing tool for such.

Turns out that most of America’s Marines are poor people with no other options and petty criminals who are compelled by the legal system to put their bodies on the front line.

And, suicide bombers are constructive, highly motivated relationally connected people from families are not at all good with them ending up dead who are incredibly ideological, who have undergone intense voluntary training, who are rationally willing to sacrifice themselves and driven by an altruistic passion for a cause and the need to belong with others motivated by the same.

You know, exactly what we would like to believe about our military men…

This is really not a mystery and, it’s so well understood, we can even replicate studies of such with hot sauce… Those understandings make it trivial for operatives on the ground to spot potential threats — if we actually had people on the ground instead of behind desks reading everyone’s emails.

We appear perfectly capable of profiling, testing for and identifying people who would make great military or police officers right from grade school without putting an entire population under invasive surveillance.

Exactly why should we buy the idea that we need to put an entire population under such to find the tiny handful of people who fit under the heading of the term, “Terrorist?”