Why save your marriage?

“I’ve tried so hard for so many years, I don’t feel anything for him/her anymore and I really wonder if there’s anything left here. I’m just not sure my marriage is worth saving…”

If I could get a dollar for every time I’ve heard that line, well, I’d have a LOT more dollars…


Let’s be real here, divorces happen and I’m very conscious that roughly 30% of the people reading this post will have gone through a divorce. If you have already gone through a divorce, please don’t hear this post as any attempt to condemn you. Often divorces happen for reasons that are completely out of the control of one spouse — and, sometimes, both. While we all hope to the contrary, not every marriage can be saved. Some marriages are so viciously violent or sadistically degrading that, even if they could be saved, they SHOULDN’T be saved.

But, there is a flip side. The actual number that fall into the, “Inevitable,” or, “Necessary,” category, however, is an infinitesimally tiny fraction of those that actually divorce. That’s a tragedy and it still deserves to be called a tragedy. It’s a tragedy for the partners involved, it’s a tragedy for the extended family around the marriage and, contrary to so much public opinion on the matter, it’s devastating for the children involved who, often for years after, still struggle with loneliness, fear and even outright terror. 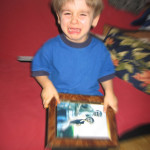 Even when children are tested over two decades after their parents divorced, you can still find the shock waves reverberating through their lives. Those children usually were unaware of how unhappy their parents were, they were not relieved when the divorce occurred and plagued with the sense that, if one parent can leave another, then both could leave me.

But, while it would be so easy to fill this page with a complete horror show of shock-and-awe level statistics about damage to life, health, children and general happiness, fear is rarely an effective means of keeping anyone in a marriage. So, let’s ask the real question:

Why save your marriage? 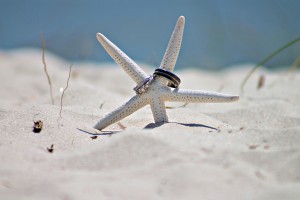 People rarely get married without holding common values and sharing common goals. If those goals were once worth pursuing, they probably still are – if you can just see through the haze of hurt and recriminations.

In his book, The Seven Principles for Making Marriage Work, Dr. Gottman conclusively demonstrates from a wide range of research that couples who fix their marriages, “have a far lower rate for physical problems such as high blood pressure, heart disease, anxiety, depression, psychosis, addictions, etc. and live four years longer than people who end their marriages.” Really, I can’t add anything to that quote…

A huge number of divorces occur because one or both members of the couple has projected his or her unhappiness onto the other person. In seeking that divorce, they assume that if they could just be rid of their spouse, they would finally be happy again. But, research repeatedly proves that divorce does not leave people any more happy or any less clinically depressed and, in reality, no other person has the power to make another happy. 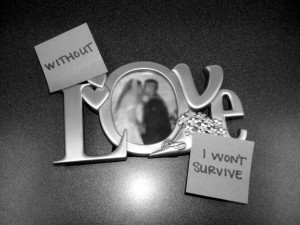 The flip side of that is that anyone can learn how to create his or her own happiness. Happiness is something that comes from within yourself and the vast majority of those seeking divorce have failed to ask the most basic question: Why am I unhappy? (The answer to that question is only very rarely that, “My spouse made me unhappy.”)

We become stronger as people when we deal with problems:

University educated couples only have about a 20% chance of divorce while those who marry young have a 46% chance of the same. There are two reasons for that: University teaches people to solve problems (Which they apply to their marriage) and not marrying until after university means people have grown up and figured out who they are.

When a couple does not know how to solve problems and life experiences start to change each partner, it can create problems that seem so unsolvable that the two people cease growing together. But, generally they are still very compatible people and, when skills for solving problems are learned, the couple can resume the rather exciting process of growing and exploring growth together. “We just outgrew each other,” should really be translated, “We lacked the skills to grow together.”

Generally, those seeking divorce report having been happy in their marriage less then five years earlier and, if they remained married, by five years later they experienced a 46.6% greater level of happiness then those who divorced and remarried. Those who remained married reported greater sexual satisfaction, more significant community involvement, radically greater affluence and 20% higher earnings, lower poverty (especially for women), higher levels of stability or success for children and home ownership – generally in a better neighbourhood.

We learn to be realistic about love: 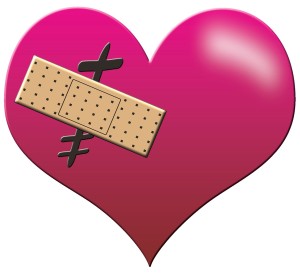 Hollywood fools us into believing in a perfect ideal of happily-ever-after. Ideals are wonderful, romantic movies are entertaining and stories of love are inspiring – but none of them define reality. Fact is, people fall in, out and back into love all the time. No person is perfect and no amount of money, possessions, relational performance or physical attributes is going to magically climax in the perfect crescendo of love and passion.

Relationships take work. Problems in relationships generally result from an equal combination of poor relational skills, personal problems in you and personal problems in your partner. A marriage is not an event – it is a covenant and an agreement to a life long performance improvement plan that seeks to address all three categories. Being married means being willing to see love and marriage through clear eyes of reality, do the work needed to uphold your part of the relationship and become the person you were created to be.

You can find yourself again for the very first time:

Treating a marriage as substitute for personal fulfillment is a recipe for loosing yourself into a very unsatisfying marriage. It usually ends in disaster, but, it doesn’t have to. Often the most important steps of marriage counselling involve each person resuming the work to find meaning within themselves and in their faith and taking the pressure of providing such off of the partner.

When we state that we are not value neutral about marriage, that we support marriage and seek to help couples avoid divorce, it’s not coming from some religious position or blind faith. It’s coming from clear psychological and sociological research that clearly states one key fact:

There is a much better way that can both eliminate the pain and offer all of the above – and more! Generally, the earlier in a relationship that problems are acknowledged, the sooner they can be fixed. If you’ve started to question the future of your marriage, then please don’t delay.

Contact us today and see how Christian couples counseling can eliminate even the thought of divorce in your marriage.