How to fight FOR your marriage.

HomeAbuseDatingMarriagePremarriageHow to fight FOR your marriage.

Contrary to the delusions of most starry-eyed newlyweds, there’s no such thing as a perfect marriage. We’d all like to believe we have married the perfect source of emotional and sexual satisfaction embodied in a person who will grant us the freedom to be ourselves, expect little of us, support us in every way and demonstrate utter maturity and competency in every area of life – that, in addition to exuding stunning physical perfection.


And, all that is just about the person. Our expectations of marriage are often even higher with many regarding it as a mechanism by which lofty life goals are met and wherein a host of spiritual, sexual and spiritual desires will all be completely and magically fulfilled. 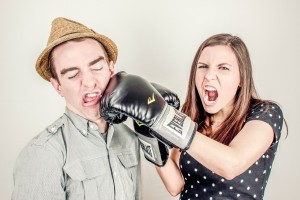 In reality, we all marry another human being – thus, we fight…

The first years of marriage are often riddled with conflict. Most of the time, that conflict is simply an expression of the pain involved in the difficult (though healthy) experience of watching those illusions die as we learn to fall in love with a person instead of our fantasies about marriage. It’s not the level of conflict or even what is being fought about that determines if the marriage is damaged by the conflict, it’s how that conflict is understood, carried out and resolved that makes the key difference.

Why do couples fight?

While you can find a host of articles all over the internet listing the so-called, “Big five,” areas of marital conflict, couples almost never fight over the sex, money, house-work, in-laws or parenting issues they think they are fighting about. Couples fight when they feel disconnected from each other and succumb to the belief that their partner does not care about them or how they feel.

For both, the automatic tendency is to criticize, defend, shame and then withdraw – unless other skills are present to resolve the situation more effectively and the couple can manage to avoid the trap of blaming each other.

How should couples fight?

No matter how poorly you were treated during your childhood, it is virtually certain that on one ever tenderly gathered you into his or her arms, held your head in their hand and then screamed hysterically in your face. If a couple can learn to rewire their initial impulses during conflict such that they first wrap their arms around each other and have the discussion in each other’s arms, that simple practice can disable most of the childhood triggers that make conflict turn ugly. It’s so much more difficult to be triggered into insecurity and powerlessness when physical affection is shouting out messages of love, value and belongingness.

Even when one partner is clearly in, “The wrong,” it’s so important to never savage his or her self respect. 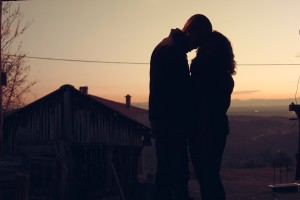 “Do not let the sun go down on your wrath,” doesn’t always work well in marriage. Sometimes, the only way to restore rationality to each partner IS to sleep on it. At the very least, taking a few minute time-out can help punch the reset button and allow connection to become more important then the issues at hand.

Learn how to stop a conflict, pray together about it, set a date to continue the conflict sometime in the next few hours or days – and then really set it aside until then. One of the key marks of adulthood is the ability to compartmentalize conflict and be able to hold, talk to, have fun with and make love to your partner because you grasp that the love relationship between the two of you is so much more important then a conflict.

Get real about conflict and marriage.

Mutual consent is important in conflict and effective resolution rarely happens when one partner is too tired to handle the strain. Don’t buy into the lie that every conflict must be perfectly resolved right now to have a good marriage. Many conflicts take years to fully resolve. There is a huge difference between just sweeping things under the rug and an acceptance of the need to work on and discuss things over time. Marriage is a journey and change takes time, energy and, sometimes, counseling as well.

Own up to your part in the conflict.

The worst person you can possibly lie to is yourself. Learn to admit your emotions and grow in self-awareness. Then, learn to express the same to your partner, to very quickly own up to your part in the conflict and to state issues clearly and honestly. Don’t deflect onto other subjects. One of the most destructive patterns in marriage is the ploy of picking on minor irritants as a means of still expressing displeasure when otherwise afraid to fight about the real issues. 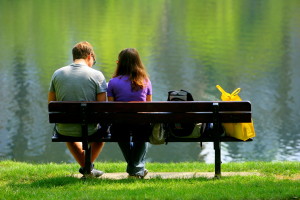 Learn to listen so as to understand your partner.

One of the most powerful sentences in conflict is, “So, what I hear you saying is __________.” That sentence simultaneously can calm the desire to retaliate, erase the goal of winning, make the other feel like you are both on the same team and convey to your partner that you believe he/she is both worth understanding and safe in love. Yes, you may be able to score some points by hitting below the belt, labeling your partner or mocking your partner’s weakness, but you can score an order of magnitude more points by initiating an equal time based feedback-loop of understanding that makes him or her feel valued, loved, safe and respected.

No couple is ready to even attempt to resolve a conflict until they both could argue the other’s position better then he or she could. It’s only then that negotiation and compromise can replace the desire to win and a clear and realistic plan for change can be agreed upon.

Conflict in marriage can be difficult – but it doesn’t have to damage your marriage. Skills at fighting fair, understanding the other person, creating safety, making sure that no one feels beaten up when they leave the conflict are much easier to learn then most people expect and can even be fun – especially when the new patterns you are forming start to lead away from stonewalling and towards make-up sex!

If conflict is a problem, consider how a small investment today can pay off huge dividends in passion and intimacy for the future!