Christian Counselling Calgary: Early last week, I spoke with a Calgary Christian Counselling services client about a major life decision she was facing. As the conversation wound down, she still had not reached a place of clarity about what she would do and, in frustration, commented, “Well, I’m still not sure, but really, how sure can anyone be in a world gone this insane?” 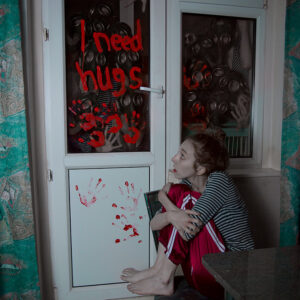 While, thankfully, the pressure is beginning to abate, it’s still a common sentiment so many in the Alberta area are expressing – particularly among the post-Gen-X-individuals who have been hardest hit by COVID-related lockdowns and job losses. The last two years have been difficult for everyone, but the difficulties have been extreme for those without permanent relationships, in entry-level jobs, and cut off from most of the support that older generations have enjoyed.

Add to that what is now a nearly constant bombardment of outrage-based, social media-driven disinformation that largely isn’t believed but has destroyed trust in the institutions of our society, and it’s no wonder that physical, mental, emotional and spiritual health concerns are skyrocketing, choices seem meaningless. For so many people, almost nothing seems certain anymore.

Nothing that is, except for a life of confusion, disintegrating international norms, loneliness and ever-increasing chaos in what is increasingly being described on social media as “Bizarro World.” So many are wondering if it is even possible to develop discernment and avoid catastrophic decisions where no one seems to know anything for sure. And, if so, how?

When people reach out to our Calgary Christian Counselling service and seek the help of our Christian Psychologists, they have already set themselves apart from the masses. While we like to think our clients are smarter and braver than so many, in truth, they are mostly set apart by virtue of their willingness to hope, seek truth and risk change. They have looked at the world around them and concluded that there must be a better way than the addiction, depression and anxiety so many simply endure.

In many cases they have already sought spiritual wisdom in prayer and meditation. However, they have also recognized the need for a broader range of insight into the decisions they are facing – choosing to seek truth with not only their hearts and souls, but also with their minds.

In short, they decided to pursue wisdom, knowledge & understanding.

Building a life of wise decisions that not only avoids catastrophe but results in success and often prosperity is no mystery. The people who do so are not somehow blessed or uniquely gifted. They simply have built a life around six key elements: 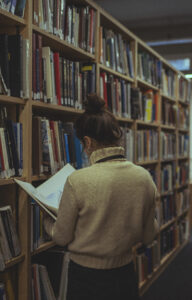 Proverbs 18:15 states, “The heart of the discerning acquires knowledge, for the ears of the wise seek it out.” Not much of our social or political world has demonstrated a particularly high interest in wisdom, knowledge or understanding of late and even foundational Christian beliefs now have a bad name as one charlatan after another gets caught with his or her pants around their ankles.

More ironically, terms like, “Do your own research,” have been rendered all but meaningless as they have been co-opted by groups of people who lack even the most basic critical thinking skills.

Yet, avoiding catastrophe starts with doing the reading and thinking for yourself. It means cutting the cord on the algorithmically generated pipeline of fear, uncertainty, despair and outrage that is Facebook, YouTube, Instagram, and Twitter and at least becoming your own news feed. But, more than that, it requires escaping popular media and delving into real scientific literature.

And, it means being able to show your work. This is why scientific papers are peppered with citations.

Wise people don’t believe things until respected leaders in their respective fields can substantiate it.

(2). They avoid foolishness and foolish people 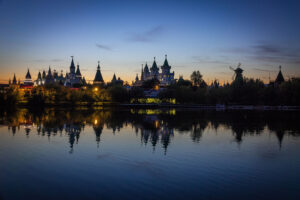 Proverbs 15:14 states that “The discerning heart seeks knowledge, but the mouth of a fool feeds on folly.” In contrast, most of our media today is flooded with people getting rich by saying stupid things that serve no purpose other than attracting attention to themselves. And, those systems of media themselves reward lies and outrage while punishing truth, anger management and even basic decency.

But, avoiding foolishness isn’t difficult. It involves a simple analysis of a person’s track record.

If your favourite voices claimed that COVID-19 was planned to control the world, the flu was worse; hospitals were empty, vaccines contained microchips/caused infertility and then pivoted to defending Putin’s invasion of Ukraine, that voice was wrong and likely sponsored by the Kremlin.

Avoiding catastrophic decisions means ceasing to listen to people who have an extensive track record of being wrong!

In Biblical times, they had a simple standard for a prophet: Either that prophet was right 100% of the time, or they were stoned to death. If only it were possible to stone Twitter and Facebook…

(3). They are constantly open to new information and growth

Our society is increasingly tending towards tribalism. For months, the Calgary Alberta beltline area was flooded every weekend by two duelling groups of protesters honking horns, waving placards, screaming at each other and physically clashing with each other. Over what? Well, maybe it was COVID vaccination, the lax lockdowns, or maybe masks, or the liberal government or the ultra-conservative Alberta government, or who really knows what. In living colour, we watched the conspiratorial thinking of anti-vaxers juxtaposed against the absurdity of another group insisting on utterly unnecessary outdoor masking.

In reality, it wasn’t about facts, logic or reason – it was about nothing more than the tribal identity two groups of people had adopted.

Wisdom is about a constant search for new information and a relentless awareness of who could be profiting from what we are being told. That search is never complete unless it is matched with a willingness to change your mind when new information arrives.

Even if it’s uncomfortable.

Tribalism is fundamentally about a refusal to think and take responsibility for yourself; it always ends in foolishness and usually in catastrophe. Tribalism doesn’t evolve – it is intentionally formed, and someone always intends to profit from it. When we join a tribe and cease thinking for ourselves, we begin to be exploited by whoever formed that tribe – usually to our detriment. 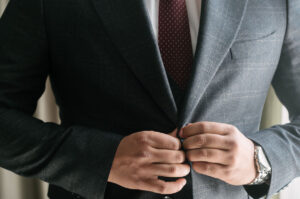 In years gone by, companies were started by one man who would invest everything to build that company up from nothing and only leave upon his death – whereupon the role would be handed off to his son.

Fast forward to today, where most companies’ C-Suite changes jobs every four years and investors often last fewer weeks. Even conservative estimates of the percentage of psychopaths in the C-Suite show rates at least 20X that of the general population – which only increases in larger companies. It’s little wonder that shareholder profits routinely trump the environment, employment standards and even human life.

Catastrophic decisions are usually rooted in the abdication of personal responsibility. If you’re so sure the invasion of Ukraine is justified, how about moving there? If you’re so sure that some virus or bacteria isn’t a big deal, would you like to take a chance on deliberately infecting your grandmother, mother, wife and child? If you’re so sure sexual assault is made up, then perhaps you’d like to send your daughter for an audition with Harvey Weinstein?

Stop and seriously ask yourself if you have taken enough personal responsibility to avoid catastrophe?

(5). They only make decisions after they extrapolate into the future 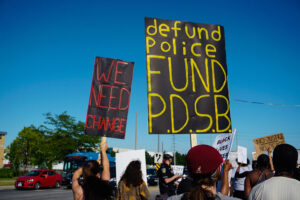 It takes only a brief glance at the various movements spawned from outrage-based social media (Occupy Wall Street, Freedom Convoy, Black Lives Matter/Defund the Police, Me Too, Honk-Honk) to realize that these movements offered no real solutions. Furthermore, they were usually only good at tearing institutions down but unable to build anything better to replace them. In advocating for the destruction of the underpinnings of our civilization, they completely missed how that system creates the democracy that allows them to protest against that system in the first place.

Thinking in terms of long-term impact is essential to good decisions. Short-term thinking defines most of the “Bizarro World” our society has become, but it doesn’t have to define your life or relationships.

(6). They seek out, consult and are mentored by wise people

We all have people around us who we know better than to take advice from. Your eccentric computer programmer uncle who has never managed to sustain a relationship for longer then three months may be a wonderful source of information on building a website, but you’d never take marriage advice from him. Your aunt, a professional chef who has experienced five unplanned pregnancies, may offer fantastic baking advice, but you should probably look elsewhere for advice on contraception. They may be great people with a lot to give, but not in certain areas.

Even among the most healthy Christian Psychologists in Calgary, Alberta, there will always be areas of weakness and blind spots. We are all on our own journeys, and we are all a work-in-progress in physical, mental, emotional or spiritual areas of our lives. Our spiritual journeys are different, and none of us share all of the same Christian beliefs.

Bluntly, that means that even some of the wisest therapists may deliver incredibly foolish advice in certain areas of life.

Perhaps you need a second opinion?

God, of course, uses wounded healers – but usually not in areas where they are afflicted by colossal blind spots.

None of us are islands, and we all depend on the wisdom, scientific research skills and knowledge of others. However, not all advice is created equal and avoiding catastrophe starts with learning to choose wise sources of advice.

Calgary Alberta has a lot of Christian Psychologists and secular therapists to choose from. It’s not always an easy choice to make – especially when you realize that some of the Christian Counselling Calgary offers may be a perfect fit in certain areas like addiction, depression or anxiety but could fail to offer the kind of Christian Marriage counselling you may require – and vice versa.

If you want the best Christian Counselling Calgary has to offer, then you are looking for wisdom, knowledge and understanding. You are looking for a psychologist or Christian Counsellor who fits your unique needs and can help you develop the above six skills in your own life, so you not only avoid catastrophe, you build the very best life possible for yourself and those you care for.

Our Christian Psychologists and associated Christian Counselling professionals offer a uniquely varied set of skills and areas of focus, bringing physical, mental, emotional and spiritual healing, and we are confident that one of them could be an excellent fit for you! Christian Counselling Calgary – reach out today!