Breaking the power of resentment

HomeAbuseAddictionsMarriageBreaking the power of resentment

Watch any Remembrance/Memorial day service or the yearly September 11th events and, over and over again, you hear the publicly repeated vows to never forget the atrocities of terrorism that has sparked so many wars.

Though, even there, many may squirm in discomfort over the militaristic overtones and the (often) simplistic solutions being proposed, at least in that context, there’s usually some level of self-awareness of the causes of war and a desire to entirely avoid both the terrorism and the horrors of reciprocal military violence. And, in that context, there’s at least a moderate level of awareness that an eye-for-an-eye style vengeance is unlikely to fix the problems underlying the situations being described.

Now, contrast that with the words uttered by husbands and wives in so many therapist’s offices every day: 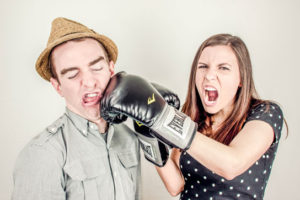 “I can never forgive her for what she did to me.”

“I just hate her so much. I lay in bed at night imagining the most horrible things happening to her and, even if they all happened, it would still never be enough.”

“He’s such a sick bastard. We may stay married but I’ll never see him as anything else ever again. I will NEVER forget!”

It’s the power of the darkest form of resentment – usually reserved for those nearest and dearest to us.

Over and over again, we replay the memories and the feelings that inflame our hearts into a boiling caldron of bitterness. No, it’s not a logical analysis of the situation in search of a solution. It’s a vengeful rumination upon a bitter enmity that often has simmered for decades – and it neither believes in, hopes for nor credibly seeks any sort of resolution to that embedded anger.

One would hope that, within a committed couple relationship, that there would at least be some willingness to risk a measure of reconciliation and pursue a mutually beneficial solution. But, sadly, there is often more willingness to fix underlying problems and restore relationships present on the anniversary of September 11th then during many marriage counselling sessions.

And, it’s ending marriages and destroying families all over the world. 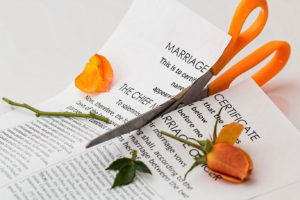 It takes only the briefest glances into research on infidelity and affairs to see the power resentment has to rationalize nearly anything including both the infidelity and then the systematic humiliation of another through such. Look, even just for a moment, into the exhausted eyes of the spouse who has struggled for years to try and appease the relentless anger of another with endless acts of love and service only to realize that no sacrifice will ever be enough to undo the bitterness in the heart of the one they love. Look at the shattered wreckage of families where not even the death of the hated parent is enough to reconcile a child to the rest of the family or even bring them together at the funeral. Watch any soap opera and you see so much of that relational wreckage it starts to seem normal – but it’s not.

It’s not a little problem. And, it needs to be fixed. The problem is, generally the person harbouring resentment already knows that – and feels powerless to do anything about it. If we are to have any credibility in insisting that resentment has to end, then we have to be able to explain how to do so. 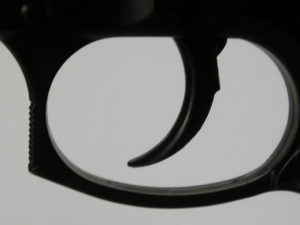 Breaking the stranglehold of resentment always starts with the realization that the powerful experience of resentment is almost never proportionate to the current offence that sets it off. Whether it is thoughtless or cruel actions, careless neglect or a deeply held belief that others have failed to live up to what was required of them, the unresolved history has only been pushed away. The modern day event is simply a trigger that releases that flood of backed-up pain and dissatisfaction within a given relationship that we have refused to forgive and grieve.

It’s happening for a reason though. While we usually claim (and even believe) that we would like to just be over and done with it all, we simultaneously engage in a continual rumination on that pain. It’s as though we believe that, maybe, if we just go over the memory one last time, it will somehow work out differently, we will finally achieve vengeance over those who have offended us, we will finally be proven right and vindicated before ourselves and others. Maybe then everyone will finally see how truly evil the one we resent actually is. Yes, maybe…

We do this because the pain, the abandonment and the agonizing feelings of relational betrayal and rejection just seem too great to face or bear – so, we run away. And, in the process, we significantly damage our ability to experience peace, heal and fully engage in and trust our hearts to the love and care of others – to say nothing of how it prevents us from moving on and dealing with the rest of life.

Breaking the power of addiction:

Read over the above paragraph again. That’s simply another way of saying that resentment is, at its core, an addiction. Addictive behaviours are all an attempt to avoid facing legitimate suffering and grieving and they all prevent us from taking hold of and delighting in the beauty that is all around us. And, the first step is always finding a way to arrest the behaviour – even if that’s done though nothing more then simple distraction. 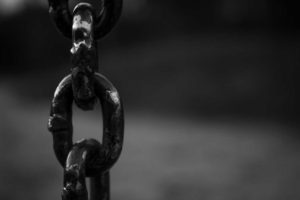 Often, breaking the addictive cycle of resentment only requires a couple of simple steps that start by first recognizing the times and situations where you are most likely to rehash the memories creating the resentment. Once you know, for example, that feeling lonely and tired is the usual environment for that rumination to occur, you can then practice some simple Cognitive Behavioural tactics of interjecting a key thought between the emergence of resentful feelings and the downward spiral of rumination, belabouring and rehashing the pain of the past. It takes surprisingly little to disrupt the normal sequence of thought and, at least, create a window of time within which you can take the risk of practicing something new.

No, this doesn’t do much to permanently fix the problem – but it does open the door for such. As with alcoholism, while ceasing to drink does not heal alcoholism, it is essential that the person cease or restrict drinking enough to get healing as no one has ever successfully treated alcoholism while the person remained drunk.

Leave the past in the past:

The next step involves recognizing that bringing the past forward into the present and telling yourself that present day people are the same as those you once knew is never going to fix the past – no matter how many times you replicate those historical dramas in the present. Resentment is rarely a product of the present and, as much as the present may trigger the pain of the past, we also draw upon the past to rationalize and then feed the resentment of the present in hopes that we can somehow fix both the past and the present.

The abandonment of your father, the emotional abuse of your mother, the abuse of a past partner or even just the previous lack of skill from your present partner (who has since grown up and changed) – all of those pains are deep and real. But, they are the past and can only be grieved and processed in the past. Continuing to drag them into the present and mentally construing a present partner’s behaviour to be just like someone from the past (and then acting that belief out) is only going to further destroy relationships – not heal your heart.

Accept that you must surrender the illusion of strength that resentment based control can provide. 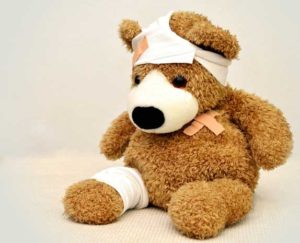 On this particular ball of rock, pain is inevitable. You can not prevent anyone from shaming, guilting, threatening or abandoning you no matter how much you believe otherwise. You can choose to approach every relationship with guns of resentment drawn, ready to retaliate at any moment. But, that just ensures that no one who values their own heart is going to be willing to trust you with theirs – it in no way makes you more safe.

And really, the safety that resentment creates is 1000% illusionary anyway. It’s the insane act of hurting ourselves as though it will hurt another. More often than not, it’s a form of self punishment for having allowed yourself to be hurt. Because we blame ourselves for somehow having caused or permitted the other to hurt us, a good part of the resentment is often about the parts of ourselves we believe made us vulnerable to being hurt. (This is especially true when the one inflicting the harm is actually ignorant of the damage caused or unable to offer much different.)

Many of us discover that, once we finally dig to the bottom of the pit of resentment, we mostly resent ourselves…

It’s time for an armistice:

Forgiving one’s own self for being hurt is usually even more important then forgiving the one who hurt you. True forgiveness is always substitutionary. Nowhere is that more crucial of an understanding then in self-forgiveness. Self-forgiveness requires us to accept the pain inflicted by ourselves into ourselves. We can then do only one thing: cry it out so we become, again, vulnerable to being hurt so we can fully live again in a world where both vulnerability and pain are inevitable. As long as we are busy trying to destroy parts of ourselves we blame for our pain and push everyone around us away in fear they will do it again, we can not ever embrace the true answer to resentment.

Resentment is a fantasy based pursuit of relief from pain that provides only the illusion of control. The opposite of such has two parts: 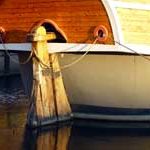 Authority: Authority is like a rudder on a ship – it steers and directs. It’s usually associated with our ability to choose (usually called, “Volitionality,”) and our ability to put energy behind that choice (which is usually termed, “Initiative,” and sometimes called, “Motive Force.”)

Power: Power is like glue or solder – it bonds together and makes permanent. In relational terms, this is usually called, “Secure attachment,” and is fundamentally about creating and maintaining safe, stable and permanent marital connections with others that (hopefully) will last us for an entire lifetime.

When we are harmed, both our relational authority and our power seem stripped from us. The hyper-vigilance of resentment seems to provide a sense that we are back in control over that risk – but it’s an illusion. The narrative of seeing the other person harmed can never be strong enough to take away our own pain. And, as we hide ourselves away from relationship, we actually become the active agent stripping both our authority and power from ourselves.

The only way to truly reclaim that relational authority and power is by way of forgiveness, grief, self-forgiveness and then intentional, well-reasoned risk. And, to say the least, that’s terrifying – especially when the theatre of risk is within the arms of a spouse who hurt you deeper then you have ever been hurt before.

You don’t have to figure it out alone though. We’ve helped thousands of people walk that path out of resentment and into authentic and healthy relationships with each other.

And, if you’ll just reach out today, we’d love to walk with you too!