Can weed decrease the risk of suicide? 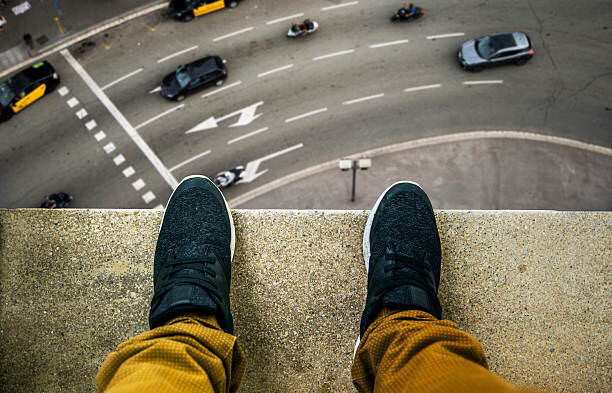 A team of economists’ newly published report in the American Journal of Public Health suggests states that have legalized medical marijuana may see a reduction in suicide rates in young men.

The researchers took a close look at state-level suicide data over a 17-year period, from 1990 to 2007, from the National Vital Statistics System’s mortality detail files.
They analyzed data from the 12 states that had legalized medical marijuana during that time and compared it with states that continued to criminalize the drug. In states that had legalized marijuana for medical use, there was a 10.8 percent reduction in the suicide rate of men in their 20s and a 9.4 percent reduction in men in their 30s, the study found.

“The negative relationship between legalization and suicides among young men is consistent with the hypothesis that marijuana can be used to cope with stressful life events,” the authors wrote. “However, this relationship may be explained by alcohol consumption. The mechanism through which legalizing medical marijuana reduces suicides among young men remains a topic for future study.”

Considering that, to date, I have yet to see a case of a pot-head who got stoned and then beat his wife, they may be onto something here. (Honestly, all I ever see Marijuana users doing with themselves is mixing two flavours of Doritos in one bowl and then giggling hysterically over which one they bit into — not exactly a risk to national security, the life of another or their own..)

It is possible that all this really shows is that it is just as difficult to do harm to yourself stoned as it is to find the drive to do such to another. But, perhaps there is more to it?

Perhaps what they are really seeing here is that Alcohol, suicidal ideation and Marijuana use are ALL means of coping with stress — by numbing it.

And, when the only legal option for replacing the suicidal ideation based means of numbing stress is a Central Nervous System Depressant (Alcohol) that also functions as a disinhibitor, you get dead people — because the two addictive behaviours are both of a type which is naturally augmented by the other.

But, when the suicidal ideation based means of numbing stress is able to be replaced with different addictive behaviour of using Marijuana, which demotivates, calms, de-stresses and renders a person passively silly and, “Up,” they cancel each other out and the only killing is the one Fritolay makes.

Perhaps what they really proved here is that suicidal ideation is a behavioural addiction — just like any other drug-based means of escape from reality — and needs to be treated as such. And, if you are not going to do so, rendering a suicidal person passive is at least the next best thing…