Is your life constantly in chaos?

HomeAbuseGriefIs your life constantly in chaos?

Of all of the eccentric, odd and sometimes down-right dubious characters who are regarded as founding fathers in the field of psychology, the award for weirdest among them definitely goes to Freud.

Coining titles such as, “Penis envy,” (Which, contrary to Freud, I’m convinced, afflicts almost no women but nearly all men…) and, “Oedipus complex,” (Which leaves everyone but psychoanalysts scratching their heads…) Freud was nothing if not capable of being absolutely unforgettable. 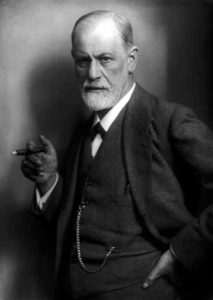 Though constantly misused, one of his most well known concepts is that of the, “Death Wish.” In common terms, for a person to have a death wish is, essentially, for that person to possess tendencies towards being an adrenalin junkie and to experience a deep level of attraction towards back-country skiing and skydiving – extra points are usually given if the person also possesses a Wing-Suit and knows how to use it…

But, for Freud, the Death Wish, which he often referred to using the term, “Thanatos,” meant something completely different – and it’s a concept few (If any) therapists today would even try to dispute the validity of. For therapists who would do any sort of work with trauma (and especially for those who work in couples counselling where one or both partners have undergone severe abuse), it’s a concept so essential that any therapist who fails to grasp it is probably doing more harm then good.

As I work with severely traumatized persons and/or couples, one of the most striking realizations that emerges for all involved is the degree to which traumatized persons tend to sabotage their own lives and relationships. Often, even after the person or couple comes to a clear and persuasive awareness of the problems they are facing and the effectiveness of the solutions proposed, they will seem completely unwilling to move towards that solution or will self sabotage any improvements in the situation they are facing. It’s like there is some sort of software loop in their programming that powerfully pulls them towards destruction.

Freud believed that, in every person, there existed two drives: 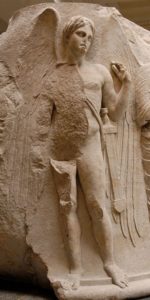 Eros: For Freud, Eros represented a profoundly creative energy. Certainly, it was about survival both as a person and as a species but, much more importantly, it was the drive to bring forth life. Obviously, that included reproducing life in a biological sense of propagating the human race but, much larger than that, it was about bringing forth newness, the creation of beauty and the passionate sparks of relational life.

Thanatos: In Freud’s mind, Thanatos represented the darker side of the life cycle – the natural movement from life towards our own inevitable deaths that we often attempt to deny. He believed that we all possessed a pull towards death or an instinct for that which would eventually claim our lives that we all find it difficult to not approach faster than we need to.

If those two drives existed in balance, then, for Freud, a person would live a thoughtful and self aware life which would make the most of living and seeking meaning through such. Yet, for traumatized persons or couples, it often seems like the balance is profoundly off.

It’s like the Operating System that runs the person’s life or the couple’s relationship has been infected by a malware that is trying to destroy everything and, ultimately, end life.

The internal experience of this is usually incredibly confusing for both those experiencing and those observing it from the sidelines. Here is a beautiful, talented and intelligent person who, unconsciously, seems unconvinced that fulfillment, happiness or even being alive is something that they deserve. Here is a fantastically well matched couple who seems irresistibly drawn to incredibly self destructive cycles and absurdly irrational behaviours – even though they both desperately love each other.

Why? Because their internalized trauma told them so… 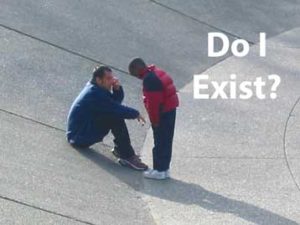 It is somewhat the nature of all humans – and nowhere more clear but with younger ones – to struggle in differentiating identity from environment. In other words, my sense of I-Am-ness is very much created by the situation I grew up in and the relationships with others I experienced during those formative years. When we are mistreated, we are very prone to internalizing that mistreatment in the form of the belief that this happened to us because we are bad persons…

One of the most important long-term tasks of therapy is helping people identify and then reverse that false picture of the self that really is the core of the above mentioned malware infecting the human OS. It’s about giving people the skills to listen to a much deeper part of themselves and then rebuild the self that they present to others – and to themselves.

But, there’s a short-term task that is equally important: Self-care.

Christ’s statement, “Do unto others as you would have them do unto you,” is quoted by so many. Yet, the inverse of that is often far more relevant. Fewer realize that we generally do unto others what we have first inflicted upon ourselves. For people with that Death Wish/Thanatos loop stuck on, the self care that others routinely offer themselves can seem starkly foreign and difficult to accomplish. Yet, beginning to build habits of such is essential to breaking that loop when no amount of thought about or conversation surrounding it will. 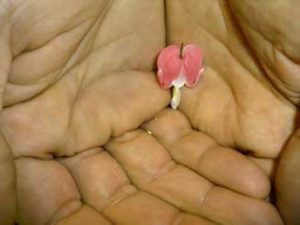 The other half of what we strive to guide traumatized persons towards has to do with learning how to relax, notice their own hearts and then take steps to meet the needs revealed by such. We show people how powerful mindfulness (or Mindfulness Based Cognitive Therapy) is in any healing journey. We help people learn to listen to themselves – often for the very first time – and to grasp the power of meditation.

The healing of trauma actually has much less to do with thinking than it has to do with doing. The mind may learn from information – but the body only learns from the repeated experiencing of something totally different from what is feared.

So much of what we do is about about helping you experience the ability to make positive life and relationship choices that seems to appear almost of its own accord when you have first taken care of yourself.

But, experiencing that first requires taking a risk. It means risking admitting to yourself that, contrary to what your trauma told you, you actually don’t deserve to die and you do deserve to live. It means reaching out for the help you need to ensure that experiential knowledge is in place so that we can then use it to begin to help you make choices that fit with who you really are and what you need.

So that you can live again…