Surviving infidelity: Is there healing after an affair? 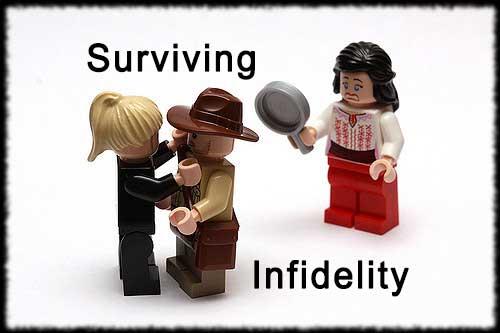 After nineteen years as a Calgary couples counsellor, I now get the desperate emails and the frantic phone calls practically all the time:

My wife cheated on me…

My husband had an affair…

Those five simple words don’t even begin to cover the ocean of tears present in the experience. For the one who has just been cheated on, it’s always like a powerful punch to the guts. The deception, the betrayal and the mistrust all leave the person trapped in a world of shock, disbelief and incredible hurt.

And, for most people, its perhaps even harder to face the thousands of seemingly unanswerable questions that almost always emerge: 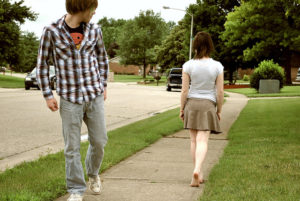 He cheated on me, but I still love him, will our marriage survive infidelity?

She cheated on me, but I still love her, why do women cheat?

But, when the tears stop flowing, and the furious anger and ranting finally subsides, nearly everyone eventually gets around to asking the most important question of all:

How will our marriage/relationship survive infidelity?

On the surface, it’s a strange question. Why, after a marital affair (or even just an emotional affair,) would anyone be worried about their relationship healing after an affair? The majority of the general public clearly assumes that marital affairs almost automatically end the marriage and cause divorce. In one study, done by Relationships Scotland, only a third of those surveyed believed a relationship could survive an affair or an infidelity.

Yet, strangely, the desire for the relationship to survive infidelity is almost always there…

What is, perhaps, even more interesting about the above study of infidelity recovery is that, conversely, 94% of relationship counsellors surveyed believed couples CAN survive an affair.

And, they have excellent reason to believe that. Many studies have shown that, if both partners view even 20% of a couple’s history as positive AND they enter couples counselling for the affair, they have, approximately, a 90% chance of not just healing after an affair and saving the marriage – but also enjoying an excellent marriage! Outcome studies of couples after post-infidelity couples counselling have couples reporting the highest levels of marital satisfaction in their mutual history and usually indicating a very high degree of confidence that the infidelity or the marital affair would never be repeated again.

The question is, how does anyone go about surviving infidelity and recovering after a marital affair?

While the internet is full of speculation about different types of cheating, there really are only two categories you need concern yourself with:

Affairs – generally long-term resentment and disrespect driven attachment to another partner of an emotionally-intense nature rooted in unhappiness with the marriage or primary relationship that, usually, remained unexpressed. The roots of a marital affair are generally found in poor relationship skills.

Infidelities – generally one-off, no-strings-attached encounters with one or many partners fuelled by addictive urges rather than desire for long term connection. The roots of an infidelity usually are found in childhood experiences and emotional immaturity.

Before you can fix anything, you first need to understand what the problem facing your marriage or relationship actually is. Affairs demand intensive marriage counselling while infidelity, (though still requiring a form of couples counselling) generally demands more of a sexual addiction counselling focused approach to bring real healing to a couple’s relationship. Understanding the difference determines what you need to ask for.

Remain calm and set some limits:

Both affairs and infidelity represent a solid element of disrespect for the betrayed partner. And, you need to get the respect back. One of the best ways to reclaim that respect is by standing up for yourself and setting some limits. (As painful as it may be, save the emotional meltdown for later – possibly, at first, for one of the individual counselling sessions with your couples counsellor.) In the initial stages, you will gain two to three times the ground if you sit the unfaithful wife or unfaithful husband down and, with an eerie-calm intensity, say something to the effect of:

“I just want you to know, I know about the extramarital affair or the infidelities. Please don’t even try to rationalise or justify it; I’m not interested. I’ve given this lots of thought and soul-searching, and I’ve reached the conclusion that, while I do want this marriage, this is not OK and you have a decision to make. So, here’s how this is going to go. By the end of today, one of two things will have occurred: 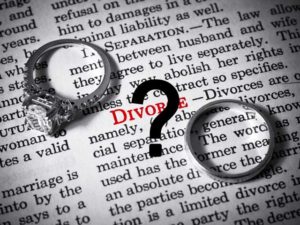 Either you will have, in front of me, called up your lover, told him or her that I know, that you are deciding to work it out with me and then forever cut off contact – in which case you and I will be in a couples counselling session at the first available opportunity, we will both work with relentless honesty and will not leave until the couples counsellor says we have finished the relationship counselling and/or addictions counselling. Or, you will have packed your bags and moved out – in which case I will be divorcing you and moving on with my life. I need your answer by tonight.” (Obviously, this needs to be revised for and refocused on the online classifieds and hook-up website accounts and passwords usually involved in the case of serial infidelities or sexual addictions.)

Yes, it’s a risk, but know that, after discovering an affair or serial infidelity, if you don’t carry yourself with dignity and self-respect – conveying to your partner that you believe you deserve better, then the contempt will continue, and the marriage will likely end anyway. 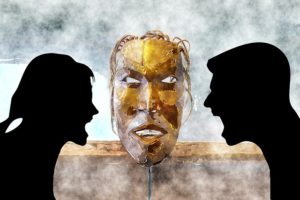 It’s inevitable that you will feel incredibly angry and deeply humiliated after discovering an affair – which is precisely why you should avoid people who are just as angry and hurt.

As tempting as it is to hit a bunch of discussion boards and internet forums, they are usually filled with a lot of unqualified opinions and even dangerous advice from resentment filled people who have yet to move on (And, many books on the subject are not much better.) Please avoid them all!

Please forget about embarking on some in-depth study of types of affairs and their messages to you. Dwelling on the offence will just make you even more angry and creating your own self directed Master’s Degree in marital affairs will only serve to distract you from the grieving you need to be focused on. You just don’t need more lukewarm advice out of Dr Google or any more poison from hurting spouses venting their unresolved issues all over the surviving infidelity forums.

If you were held hostage somewhere, would you want a trained S.W.A.T. team or Joe the Plumber and his Six Shooter coming to rescue you? Well, your marriage is being held hostage right now and arm-chair experts simply won’t do.

It’s rare for a marriage to even survive infidelity – much less experience real healing after a marital affair without intensive couples counselling. Infidelity is not a little problem, and couples therapy is essential.

Your marriage needs professional help from a trained Calgary couples counsellor who has made a life’s work out of saving marriages and relationships. You need a psychologist who thinks, “‘Till death do us part,” should be taken seriously, who views divorce as being only the very, VERY last resort and is fundamentally planning to save your marriage and rescue your relationship.

And, you need it right now. 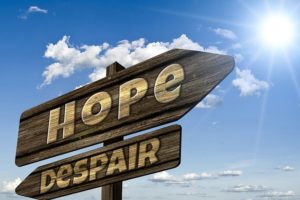 We’d love the opportunity to walk with you as you learn the skills in couples counselling that take your marriage from the stress and turmoil of an affair/infidelity and create the successful and harmonious relationship that you want!

Put your relationship on the path of not just surviving infidelity, but truly thriving!

PS: Oh, and one last almost painfully literal comment on, “Surviving infidelity”: Physically not-dying really matters. Get STI testing – today. It doesn’t matter if the extramarital sex was protected or not. Do it anyway!