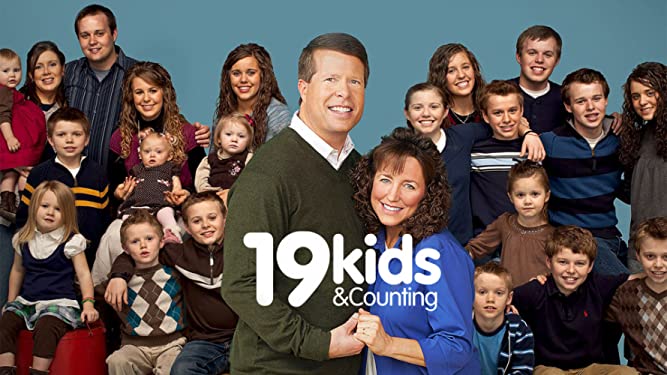 via Californians for Population Stabilization.

In “Beyond Choice, Reproductive Freedom in the 21st Century,” he has written eloquently about reproductive issues and addresses the importance of spacing between births:

Women face huge risks to their health from pregnancy and childbirth. The biggest killer of women over time has been childbirth. When women die, their children are more likely to die as well.

Women have evolved to minimize these risks by planning and spacing their children and by limiting the number of children they bear.

In simplest terms for today, allowing space between the births of children provides the mother time to recover from pregnancy and childbirth, with all its related hormonal and physical changes. For children, it allows for sufficient time to be devoted to their nurturing.

Apparently this information is lost on the Duggars, but science often is at odds with fundamentalist thinking.

In spite of the rabid insanity of the source and my total reticence towards the idea of doing anything to support them, someone had to say it. One correction though: the above last word, “Thinking,” probably never did apply…

When I look at my own children through the lens of the psychological training I have, I am continually reminded at how far I fall short of the full parenting I wish I could offer them — simply due to the time demands running a practice in the area of sexuality and relationships. We decided to stop having children at two because I knew that adding a third child would mean my parenting of all of them would meet my own training’s definition of, “Negligent parenting.” I most willingly walked into the office of a surgeon for a vasectomy because I love my two kids too much to deprive them of the kind of attention, love, guidance and care they deserve.

Parents who have more time to devote to parenting perhaps can handle more — but not too many more.

To multiply that number by 10, well, let’s not sugar coat it. You are no longer even offering negligent parenting — you are not offering to parent at all and children are being raised by children. The local genius squad almost always has an immediate rebuttal of course: “But, there are so many people out there who are being abused in so many families. They, on the other hand, all look happy, it’s all working and, if it looks fine and loving, then who are you to assess their alternate arrangements of the family so just butt out.” Ya, except parenting, isn’t a question of relativistic post-modernism, it’s a question of science and we have hundreds of years of studies of what does and doesn’t work — 20 kids to 2 parents = kids simply don’t get parented — and kids need parenting.

Turning your vagina into a clown car, ya, that’s one that absolutely HAS to be called for the stupid category…