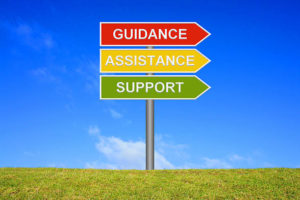 Wisdom is the ability to make sound judgments and choices based on experience. It’s a virtue according to every great philosophical and religious tradition, from Aristotle to Confucius and Christianity to Judaism, Islam to Buddhism, and Taoism to Hinduism. According to the book From Smart to Wise, wisdom distinguishes great leaders from the rest of the pack. So what does it take to cultivate wisdom?

In an enlightening study led by psychologists Paul Baltes and Ursula Staudinger, a group of leading journalists nominated public figures who stood out as wise. The researchers narrowed the original list down to a core set of people who were widely viewed as possessing wisdom—an accomplished group of civic leaders, theologians, scientists, and cultural icons. They compared these wise people with a control group of professionals who were successful but not nominated as wise (including lawyers, doctors, teachers, scientists, and managers).

Both groups answered questions that gave them a chance to demonstrate their wisdom. For example, what advice would they give to a widowed mother facing a choice between shutting down her business and supporting her son and grandchildren? How would they respond to a call from a severely depressed friend? A panel of experts evaluated their answers, and the results—along with several follow-up studies—reveal six insights about what differentiates wise people from the rest of us.

The whole article is worth the read, but here are the main points:

2. See the world in shades of grey, not black and white.

3. Balance self-interest and the common good.

5. Aim to understand, rather than judge.

6. Focus on purpose over pleasure.

It strikes me that if general society (and the Church in particular) could even be persuaded to try and ACT or PRETEND like the above is their norm, the world actually would become a much less foolish place to live…