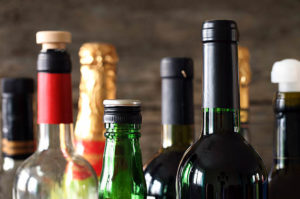 By itself, drinking wine did not appreciably affect cholesterol, blood glucose, triglycerides, or levels of inflammatory markers like C-reactive protein. It also did not appreciably damage people’s livers during the year, at least, based on liver-function tests.

But then Táborský and company ran a more specific analysis that looked at people who exercised. Among those who worked out twice per week and drank wine, there was significant improvement in cholesterol levels (increased HDL and decreased LDL) after a year of wine—red or white, no matter.

“Our current study shows that the combination of moderate wine drinking plus regular exercise improves markers of atherosclerosis,” said Táborský, “suggesting that this combination is protective against cardiovascular disease.”

The gym I worked out at through the last half of my undergrad had the entire front half of it converted into a bar.

Apparently that wasn’t such a bad idea after all…

Obviously, we are talking highly limited amounts per day — likely far less than many people believe is safe — and there is always the possibility of abuse. But, the research on the benefits available has not stopped growing for years.

And, it all seems to ignore what is likely the most beneficial part: People usually drink wine together – with family, friends and partners.

Love may be the most healing element of all.