How to break a habit.

HomeAddictionsAnxietyHealthHow to break a habit.

They could include eating junk food, biting your nails, chewing your hair, picking at skin, scratching, shopping, cracking knuckles or even things like chewing on your pen – but we all have one. Usually, it’s maddening to us and, often, to those around us…


For most people, the terms, “Addiction,” and, “Habit,” or, “Bad habit,” are used pretty much interchangeably to describe the urge to do things some other, usually saner, part of you doesn’t want to be doing – but there’s a significant difference between a habit and an addiction:

An addiction is a means of numbing emotion and avoiding pain. Addictions are serious problems that often require counseling to uncover the roots and rewire the problem. This post is not about addictions – though it certainly could offer some assistance to the small part of an addiction that does come down to habit.

This post is about habits. A habit is simply a behavioral problem your brain seems to automatically default to. It’s a mental loop that runs, causing us to discharge a kind of psychic energy into a behavior that some sort of past experience somehow programmed us into finding strangely satisfying – a satisfaction we seem irresistibly drawn to in spite of our best intentions and all of our attempts to follow the various formulas posted all over the internet that purport to free us from such.

And, often, they are even fairly decent formulas for fixing habits. But, they usually fail because they lack any sort of foundation for understanding what is really happening at the root of a habit. Conversely, gaining that understanding can easily allow you to write your own, usually much more effective, formula for fixing a habit yourself. Let’s look at four key understandings that can give you the keys to set yourself free:

Tantric sexual practitioners have long understood how repeatedly and simultaneously caressing erogenous zones and non-erogenous zones can gradually turn a non-erogenous skin surface into a trigger for intense sexual response. They have understood that if you can cause two sets of neurons to fire together, they will, quite rapidly, become connected to each other and, over time, begin to operate as a single unit.

That innate linking ability of the brain can also operate in a negative sense. If a person, every time they feel stress, begins to gnaw all ten fingernails down to the bone or eat junk food, it will not take long for the two to become connected. The feeling of being stressed could even become triggered by nail biting or consuming the junk food and, at the least, the more repeatedly the behavior is practiced, the quicker the response will come from ever smaller levels of stress.

Eventually, the nail-biting or junk food consumption will become nearly constant, the anxiety often will only be about the continuance of the behavior (rather then some outside source) and the person has developed a new lifestyle that orbits the habit.

Use it or lose it.

But, the inverse of that is also true. The brain, through not using pathways, can also depreciate them. The science of neuroplasticity, at some level, is simply the study of how the brain is able to rewire itself based on what draws your mind’s attention.

Much has been made of the role of dopamine in addiction – with those who promote the disease model of such acting like a misdirected reward system of the brain will always stay that way. In truth though, whatever the mind attaches value to and focuses attention upon generates a dopamine release in the brain. That release simply serves to solidify neural pathways and make the associated behaviors much more efficient to perform.

While this often results in repetitive patterns in substance use, nail-biting, career, marriage, friendships and a variety of other lifestyle choices – often destructive ones – this principle also works in reverse. When the use of those pathways is discontinued, the brain equally quickly recycles them and repurposes the capacity of the brain to perform other functions. This ability to repurpose parts of the brain is often referred to as, “Competitive neuroplasticity,” and can often develop in mere days. 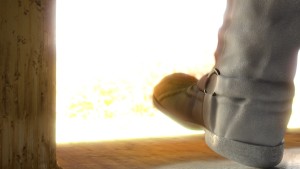 People never break habits – they replace them with other, more positive, behaviors that repurpose those neural pathways towards different sources of focus upon which they have endowed a high(er) value. Accomplishing this requires two key steps:

First you cease the problem behavior (thus depriving those neural pathways of use and causing them to be dissolved by the brain.) You then search out new sources of value and reward and repetitively engage your volitional ability to take deliberate steps towards that which more closely fits with that which you are choosing to value.

But, this only occurs when high value sources of focus are found.

It’s only when the mind becomes captivated by a source of new value that the brain depreciates and then eventually becomes more and more inefficient at the discontinued behavior – while becoming more and more efficient at other behaviors.

People only change habits when their hearts and minds seize onto something that, to them, matters more. Establishing that pursuit of higher value must always come before any serious attempt to change a habit.

At that point, doing so can be relatively easy.