Does anyone ever get over abandonment?

HomeDatingGriefMarriageDoes anyone ever get over abandonment?

It’s happened to so many little boys: The young man comes home one day. Dad is out on the driveway finishing packing his sports car with all of his worldly possessions. Mom is upstairs crying, trying to reassure the child that everything will be ok – while frantically googling, “Grief counselling Calgary,” and, “Surviving infidelity,” on her phone.

And, as the boy races out to the driveway to beg his dad not to leave, reality starts to set in: The hot young thing dad has been having an affair with on the side, well, she’s about to become the main dish and dad has decided he’s not just going to cheat on his marriage, he’s getting himself a whole new family.

While the young man stands at the foot of the driveway sobbing uncontrollably, his father’s tail lights turn the corner at the end of the block and drive out of his life. And, in that moment of soul wrenching grief, two gaping wounds are blasted into the fragile surface of his son’s heart:

(1). The agony of loss, betrayal and abandonment. (You promised you would always be there!!!)

(2). The destructive shattering of his sense of self. (Why wasn’t I good enough for you to stay?) The years go on. Hopefully, his mother’s search for, “Grief counselling Calgary,” resulted in her getting real help (instead of hanging out in the cesspool of unresolved pain and resentment that marks your average Surviving Infidelity forum online) such that the boy at least has a stable enough home in which to become a man, and a mother who can care for his broken heart.

Nevertheless, his heart still bears those two emotional traumas – and he always will for you can’t un-live life.

However, those traumas don’t have to define his life.

As he grows into and through adulthood, how that young man copes with those two wounds makes all the difference in the world – for it determines both if the child will be emotionally healthy, and if he, as an adult, is capable of securely attached relationship in the future.

There are three primary ways that boy can choose to bear those wounds:

Sometimes, you spot that young man, years later – often playing out the role of the, “Bro.” They go from party animal/college frat boy to Silicon Valley rain-maker launching one Internet startup after another while racing around in their sports car with the blond flavour of the day seated beside them.

When dad disappeared and started his new family, that young man decided he would be neither facing his emotional pain nor his shattered sense of self. He would show them all – he is going to be someone in spite of his pain. And, he’s still proving such…

In reality, every fast buck he makes is really about proving he’s, “Good enough,” and every woman he shoves his genitals into (and, more importantly pulls out and walks away from without ever looking back) exists to prove to himself and the world that he really is invulnerable to the pain of rejection.

And, just to be sure, a few lines of Coke often work well to reinforce the layers of armour…

It may surprise some to learn that the grief counselling we offer here in Calgary is sometimes years delayed, but it shouldn’t. It typically takes many years before the Bro’s heart is finally broken and the wall of denial and addiction inevitably falls – usually by way of some mood disorder. 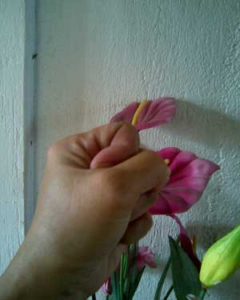 While the Bro is attempting to deny both the pain of loss and its impact on his sense of self, the Victim is, instead, focused on building a life upon both the pain and the false identity the emotional trauma created.

Typically, the Surviving Infidelity forums are only the tip of the iceberg. In most cases, the Victim has also been a member of Church recovery programs, bereavement groups, children of sex addicts anonymous spin-offs, online, “Support,” communities, survivors forums and all manner of self-help programs.

But, nothing ever changes, because the purpose never was change.

The purpose was actually the maintenance of resentment and the formation of an external presentation of self that fits with the internally accepted (though utterly false) sense of self the emotional trauma created. In a very real sense, the Victim has parked at a resentment based protest. A protest of the harm done, or the gender that harmed him, or any sexual being…

But, while the Bro denies and the Victim wallows, those who eventually arrive at health take a much more challenging but transformative journey of integration.

That path involves the willingness to accept that the emotional and personal security losses occurred – and that they did, in fact, hurt and deserve to be morned/worked through. The pain and the memories are then accepted and integrated and learned from as a small facet of the much larger self – instead of becoming THE self.

The ultimate goal is developing the ability to live, not in spite of or because of the pain and the memories, but through them so that it becomes possible to live without the false belief systems and fear or trauma based reactions to connection with others.

The Integrator typically is condemned by both the Bro (for weakness in feeling the pain at all) and by the Victim (for refusing to crusade against those who harmed.)

Yet, only when the pain of our past has become fully grieved and integrated with ourselves will we have a whole enough sense of self to move forward into life, love and healthy relationships with others instead of creating a life that orbits that which we are denying or ruminating upon.

The idea that any of us ever get over any pain (Much less the pain of infidelity and abandonment) is a complete fiction. Once we have been hurt this deeply, that hurt is part of our life. The only question is: How?

As we walk with people through grief counselling for the losses they have experienced, the goal is neither cherishing nor wasting the pain that has been suffered. The goal is really about becoming more integrated, healthy and life giving people who can freely and passionately live out of the fullness of ALL of who we are.

And, if you’ve run away from or been stuck in your pain and the false sense of self that was created by such, perhaps it’s time to reach out to learn the skills that will empower you to finally move on with your life?