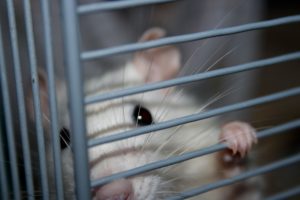 Fury, paranoia, hypervigilance, overreaction to a perceived threat – all are common in a traumatised person. The psychologist who helped me to get better characterised the condition thus: imagine your memories are a conveyor belt of cardboard boxes heading towards a final point, where they are processed. But if something life-threatening disrupts that process, the box memories get stuck, trapped in the amygdala, that bit of the brain that triggers your fight or flight survival impulse. The amygdala knows no sense of past or present, and so, when faced with a perceived threat, it responds how it sees fit, unbeholden to logic, in the form of blind panic.

This is, of course, a very basic way of explaining an extremely complicated condition, but it certainly helped me. When faced with irrational outbursts of anger, flashbacks, paranoia, sleeplessness, knowing this was a source of comfort. For months I was terrified that the tube was crawling with terrorists intent on blowing me up. “What’s the worst that can happen?” my therapist would ask, appealing to my rational self. “What’s the worst?”

I was treated using trauma-focused cognitive behavioural therapy, provided by the NHS. I was fortunate that there wasn’t too long a waiting list; others aren’t so lucky. A survey by the We Need To Talk coalition found that one in five of those with mental health problems were waiting more than a year for referral, but studies have shown that those with PTSD should be given therapy within three months.

Part of the treatment involves reliving – an emotional and arduous process where every moment of the event is recounted and expanded upon. I was surprised by the things I remembered, how the patchwork quilt of that evening became increasingly more detailed. It made me wonder about those legal cases involving victims, fleeing conflict zones and seeking asylum, that hang on the consistency of their evidence. What if, instead of sanctuary, a guilty verdict, and someone saying “I believe you”, I had been told that my fractured, confused story didn’t add up?

With so many years of bandaid treatments for Post Traumatic Stress Disorder being hailed as miracles (Looking at you EMDR…) and therapists who refused to adopt them being maligned as sadists, invested in keeping people sick and neophytes, it is incredibly refreshing to see Trauma-Focused Cognitive Behavioural Therapy and other quality treatments that are not afraid to walk right into the center of the pain (and actually heal it) finally getting the credit they are due.

In the simplest terms, it’s like my entire profession (And the younger membership of the medical profession as well) is waking up from a long medical-drug induced haze and realizing, “Hey, wait a second – we were supposed to be healing things – not just making the symptoms go away.” Articles are being written with subheadings of, “Meaningful Misery,” and, “Accepting the Pain,” and even those studying poverty are finally publishing pieces recognizing that once you traumatize a brain – even just with fear of economic pain – all of the cute little bandaids and incentives we have used for so long don’t even register.

The internal wisdom of the human heart finally is getting the respect it deserves such that professionals are being taught to facilitate the heart doing what it needs to do – instead of trying to silence it.

The foundation of all mental illness is the avoidance of legitimate suffering. ~ Carl Jung