The real cost of your cute little bundle of joy. 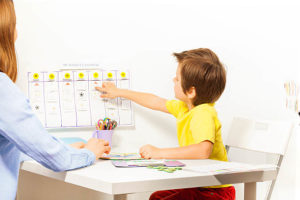 Yet even such huge figures are “woefully insufficient,�? says John Ward, a Kansas economist who consults on economic damages for legal disputes, including wrongful death cases involving children. For one thing, Ward says, most of these analyses do not take into account societal costs, such as the property taxes all homeowners pay to support public education. While they do take into account some of the added housing costs associated with growing families, they don’t include a host of other expenses, such as the cost of saving for a university education. Tuition is expected to reach close to $40,000 for a four-year degree in Canada by the time today’s infant heads off to university—or as much as $110,000, including the cost of textbooks and accommodation. Add to this the opportunity costs of raising children: the investment returns that parents could have earned if they had taken the money they spent on kids and saved it instead—at five per cent interest, that comes out to roughly $280,000—and the lost income from having one parent take time off work to care for a child. “If mom was a lawyer and dropped out of the labour force for four or five years, the family gave up the opportunity cost of maybe $60,000 to $100,000 a year in order to bring that child to a point where he could enter the education system,�? says Ward. Statistics Canada estimates that even mothers who work full-time stand to earn 12 per cent less over their careers than women who have never had children, a “motherhood penalty�? equal to roughly $108,000 over 18 years on a $50,000 salary.

Ward pegs the all-in cost of raising a child to 18 in the U.S. at around $700,000, or closer to $900,000 to age 22, which is a more realistic picture for today’s families. The calculations work out similarly in Canada, where the total cost of raising a child to 18, including lost income, forgone investment savings and the price of a college education, comes out to around $670,000. For those dreaming of two children, that’s likely to cost well over $1 million.

It shouldn’t be a shock, then, that young parents are the most financially squeezed of any families in the country. Statistics Canada estimates that couples with children account for 30 per cent of households, but more than half of all of Canada’s household debt. Two-parent families with children under the age of 24 averaged $157,000 in debt, or $33,000 more than couples without children.

Quite contrary to the nearly twilight-zone rantings of the far right, we are finally getting the numbers that most parents here in the fine land of Canuckistan have already figured out: Our kids are desperately expensive and bleeding us dry.

The irony of all of this is that governments all over the world are warning about falling birth rates – yet, the same governments are then slipping money under the table to get false data published about how inexpensive children are. Meanwhile, advocates for parents are pushing the same governments to fund daycare (while mostly ignoring that university education is virtually the current equivalent of high-school and will cost about 110K/child) and industry is – somewhat successfully – pushing government to defund all of the above and drive down wages by increasing immigration.

If that doesn’t make your head spin, I don’t know what will.