What keeps men from seeking help? 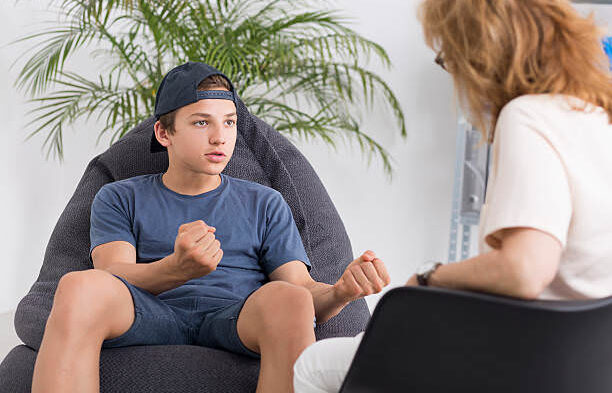 The shame experienced by men who have lost their position as the primary breadwinner in their family can be devastating. This is frequently more than just a lost job-it can also define the purpose of a productive life. The loss of purpose experienced in job loss can cripple self-esteem and destroy one’s concept of self-worth. This shame can create a solid barrier to the discussion, particularly discussion with a stranger in therapeutic situations.

In a poll sponsored by PacifiCare Behavioral Health and Psychology Today titled Therapy in America 2004, men responded with some discouraging feedback. They said they not only distrusted therapy and therapists, but they also would not even want to be associated with “the type of person” who typically receives therapy. That represents a level of contempt that makes a willingness to enter therapy a very difficult challenge, indeed.

The poll also clarified three reasons why people who have identified themselves as needing treatment have still not gotten it. They said they stayed away because of the high cost because they felt their problems were not serious enough to warrant treatment, and because of skepticism about the treatment actually working to solve the problems. A full 32 percent doubted the treatment would work.

The image of the fully self-reliant man remains ingrained in the fabric of our social structure. Roughly 1,000 65-year-old males were the subjects of a 2011 study published by two Rutgers University sociologists, Kristen Springer and Dawne Mouzon. The “Macho Men” study reveals that avoidance of health care, in general, is the norm among macho-oriented males. These men were the most heavily invested in the belief that a “real man” is one who is strong to the point of virtual invulnerability.

Furthermore, the goals and benefits of therapy are frequently misunderstood. Therapists are not the only ones who hear things like “people can’t change” or “you can’t change the past.” But this is exactly what therapy is supposed to do. Therapy can change things for the better.

While it obviously can’t change the past, therapy changes our emotional and cognitive reactions to the past. It can give us a new sense of awareness for the past and an entirely new set of beliefs and behaviours. With effective therapy, the emotional response to past events can change, and old beliefs about ourselves, others, and the world around us can be changed from limiting and negative beliefs to more positive ones. We can change a point of view from a belief in one’s limitations to expressions such as “I can handle life” and “I am in control.”

Therapy can make a positive difference. The Therapy in America poll confirms that among those who have completed therapy, the vast majority of both men and women agree that it has helped. Getting a man through the door may present some serious challenges, but if he does manage to get there, the help is likely to be highly beneficial.

The full article is well worth reading — but it misses one important point:

The medical community, which used to be one of the primary referral sources to therapy, has now launched what is being described as an all-out civil war against therapy.

Oh, secure in the breathtaking arrogance of absolute certainty that all behaviour results solely from biological/chemical interplay or imbalance in the brain, the medical community has thrown its weight behind one form of therapy they hold is the only scientifically proven form of therapy (Cognitive Behavioral Therapy) and immediately claimed the right to license family doctors to practice such. Beyond that, they have virtually ceased even bothering to train psychiatrists in anything but the dispensing of psychoactive medications.

(Unfortunately, even the growing tsunami of evidence for parallel levels of quantum signalling in the brain has utterly failed to dissuade most from this dogma… )

And, the value they see is real. There is much that is really good and beneficial about Cognitive Behavioral Therapy, but it’s only one of the so many tools — and it’s a limited one at that. Modifying a few distorted thoughts and beliefs is hardly an answer for the kind of internal turmoil men experience during the above-defined sort of crisis situation. Trying to solve it with such creates a pressure cooker of unprocessed emotion in a man that likely WILL have him needing said psychoactive medications in fairly short order…

Women, typically, will seek someone to talk to first. Men, if they seek help at all, will usually start by somatizing what they are feeling and seek medical help. If a doctor will tell a man to go for deep emotional or psychoanalytical therapy, then most men will take the risk.

But, if the doctor displays their profession’s increasing bias against that deep heart level work, the door slams closed and men are left with little more then behavioural formulas and drugs.

That generally results in nothing good…

(Oh, and as to the insanity of the claim that Cognitive Behavioral Therapy is the only scientifically proven form of therapy, I leave you this.)