The family that prays together…? 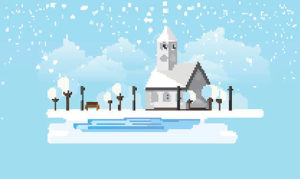 I was questioned earlier this week over a comment I made to a client that going to church alone would do little to protect marriage and that divorce rates were higher in the pews. That statement was both desperately right — and yet, the more I look at it, somewhat wrong.

Now that I’ve done the research, I may as well post it…

(Note: The Barna Group’s, “Nondenominational,” category includes Christian ministries that are not associated with a particular denomination. Many of their members are HIGHLY fundamentalist.)

Divorce Statistics by Religion
Religious Faith Percentage of Membership Divorced
Non-denominational 34
Baptist 29
Episcopal 28
Pentecostal 28
Methodist 26
Presbyterian 23
Catholic 21
Lutheran 21
Atheist/Agnostic 21
The numbers above are from the Barna research group which actually found that divorce rates were lower for people who described themselves as atheist or agnostic. The study results indicate that having religious faith doesn’t at all shield believers from marital stresses that can led to divorce.

But the obvious question is simply: Why?

Slicing the U.S. by region, the Bible belt has the highest divorce rate, and this has been the case for over a decade, with the institution of marriage faring better in those dens of blue-state iniquity to the north and west.

What is going on? Even some secularists are puzzled. Churches provide strong communities for families. Many offer marital counseling and parenting classes. Love, they say, is a commitment, not a feeling. God hates divorce. They leverage moral emotions in the service of matrimony: a righteous sense of purity rewards premarital abstinence and post-marital monogamy—replaced by guilt and shame when nonmarital sex is unveiled or a marriage dissolves. Couples who split may find themselves removed from leadership positions or even ostracized. On the face of it, even if there were no God, one might expect this combination to produce lower divorce rates.

The reality, however, appears complex. Churches do honor and support marriage. They also may inadvertently promote divorce, especially—ironically—those churches which most bill themselves as shining lights in a dark world.

To prevent that greatest-of-all-evils, abortion, such communities teach even high school students to embrace surprise pregnancies as gifts from God. They encourage members to marry young so they won’t be tempted to fornicate. But women who give birth or marry young tend to end up less educated and less financially secure, both of which are correlated with higher divorce rates.

After marriage, some congregations, such as those in the “quiver-full�? movement, encourage couples to leave family planning in God’s hands. Leaders echo the chauvinistic beliefs of Church fathers like St. Augustine and Martin Luther or the Bible writers: Women will be saved through childbearing—if they continue in faith, love and holiness with propriety (1 Timothy 2:15). Such teachings grow congregations, literally, from the nursery up, but the very same attitudes that help to fill church pews can erode marital bliss. Ample research shows that for couples under age 30 marital satisfaction declines with the birth of each child. (Parenting tends to make couples happier only after age 40, when kids become more independent, and only in countries with comparatively weak social supports for aging adults.)

While my statement was painfully correct for the Church in general, that’s not the whole picture.

Actually, if you really drill down into the numbers, what the research really says is that the Church CAN provide BETTER protection for marriage then a philosophical position (Atheism) that really only condones marriages once the participants are highly educated, fully prepared and totally sure.

Secular couples tend to see both marriage and divorce as personal choices. Overall, a lower percent get married, which means that those who do may be particularly committed or well-suited to partnership. They are likely to be older if/when they do formally tie the knot. They have fewer babies, and their babies are more likely to be planned. Parenting, like other household responsibilities, is more likely to be egalitarian rather than based on the traditional model of “male headship.�? Each of these factors could play a role in the divorce rate.

We have to ignore the Catholic number as they tally every baptism to get their membership. The Lutheran Church is different though and the percentages are the same. They are not fundamentalist in most ways that matter here. They sat up and took notice of the social sciences decades ago — and they are not showing the high divorce rates the rest are.

That’s the other half of the story: IF and only IF the church is a non-fundamentalist place that promotes what the social sciences have repeatedly proven works, they can actually achieve the exact same 21% divorce rate (in a culture where the majority of the membership gets married) that the much smaller fraction of Atheists who are actually getting married manage to achieve.

So, yes, the family that prays together really does stay together — provided that the reverend leading the prayer meeting is not a fundamentalist nut, he advocates higher education and good paying employment, doesn’t advocate shotgun marriages, he teaches responsible family planning/birth control, educates the participants on healthy marital roles and teaches good skills to couples so they can love each other well.