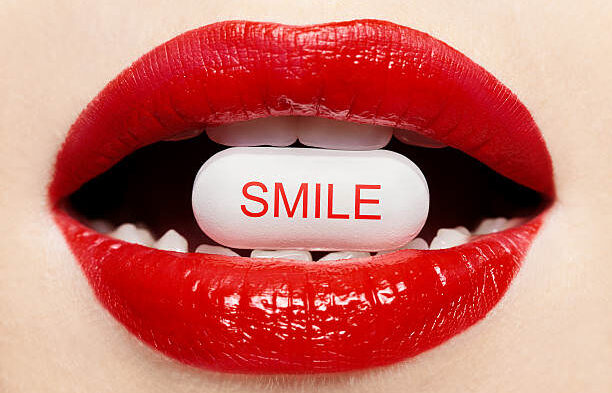 But, did you know sperm comprises only about 3 percent of semen? The rest is seminal fluid: mostly water, plus about 50 compounds: sugar, immunosuppressants and oddly, two female sex hormones, and many mood-elevating compounds: endorphins, estrone, prolactin, oxytocin, thyrotropin-releasing hormone, and serotonin.

Compared with women who “always” or “usually” used condoms, those who “never” did, which means their vaginas were exposed to semen, showed significantly better mood and fewer depressive symptoms. In addition, compared to women who had no intercourse at all, the semen-exposed women showed a more elevated mood and less depression.

Researchers also found among women who “always” or “usually” used condoms, which meant their vaginal tissue never came in contact with semen, about 20 percent reported suicidal thoughts, but among those who used condoms only “sometimes,” the figure was much lower, 7 percent, and among women who “never” used condoms, only 5 percent reported suicidal thoughts. So it appears quite possible that the antidepressants in semen might have a real mood-elevating effect.

Ok, yes, correlation does not even remotely prove causation. (And these guys barely even have a decent correlation happening here…)

But, more and more of this sort of research is happening and it’s starting to go beyond this sort of silliness into an actual understanding of the powerful impact genital secretions, pheromones and vaginal fluid/semen have on the male and female body.

And, if that weren’t strange enough, also growing is our understanding of the impact an ingestion of semen (via oral sex) has on female physiology in terms of its ability to control morning sickness via successful maternal immunosuppression.

It’s beginning to appear that an act of unprotected sexual intercourse is actually a marvel of chemical communication that accomplishes something far more complex than the simple experience of climax. Now we just need to figure out what, exactly, it’s all doing…