How to really heal trauma. 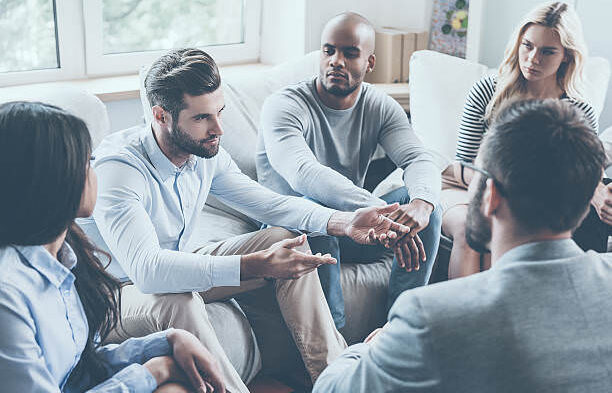 The Washington VA is one of the few places veterans can find a form of meditation called iRest, named for integrated restoration. It’s a trauma-sensitive meditation adapted specifically for military service members and veterans with psychological trauma.

In the hourlong sessions with a dozen other vets, Craig has learned how to unclench, easing his mind and his pain.

“When you go to war, every day is about getting through that day,” he said. With danger all around, as a soldier or a cop, he added, “if you let your mind float, you’ll be in big trouble. We’ve all been to the edge.” In meditation, with the guidance of a skilled therapist, he said, “I can let my mind float.”

These aren’t simply feel-good sessions, meditation advocates say. Meditation helps create new muscle memory, actually rewiring the brain to enable veterans to absorb and recover from stress. This brain “rewiring” is what neuroscientists recognize as neuroplasticity, the ability of the brain to change neural pathways. For patients with PTSD, it means increasing their ability to hold disturbing images and memories without reacting in an emotionally negative way.

“Meditation’s big thing is to stop your mind,” says Roy Clymer, a Vietnam combat veteran and psychologist who worked with wounded Iraq and Afghan war soldiers for 13 years as director of specialized care at the Walter Reed National Military Medical Center outside Washington. “As you develop skill at meditation, you gain the art of acknowledging an emotion when it comes, accepting it — but not doing what we usually do, which is immediately reacting to it.”

Many veterans find it difficult to tolerate the images and emotions of combat that can come flooding back, Clymer said. “Meditation helps us tolerate feeling and emotion.”

Or, as one veteran put it after the meditation drew to a close, “I don’t have to react to everything. This helps me think first. People are going to do things whether I get angry or stay calm, and I’d rather stay calm. I always feel like a new person after this.”

Hardly a week goes by without one client or another coming in with some new, bright and flashy technique that someone on the web is promoting as being the “Instant solution,” to their pain, “Able to have rape victims making passionate love in 6 quick and easy sessions,” “Never be bothered by that memory again,” or “Ending fear forever.”

They are programs that sell really well and even generate lots of positive reviews. Because they do work — for a short while anyway…

It is possible to take a rape victim, teach her to dissociate from her pain, go into an altered mental state, play a different role, channel pain into playing out a dramatic sexual presentation and get her able to offer herself and her partner a climax in a fantastically shorter time then it takes to really heal sexual trauma.

But, that’s not sexual intimacy or lovemaking or even just plain having sex. There’s only one word to describe it and it starts with an, “F,” and ends with, “ing.”

And, it doesn’t last.

Quick band-aid solutions sell lots of places — but their sales pitches fall completely flat wherever large groups of people who have been to hell and back gather. And, they are utterly scorned in places like VA hospitals. Their people demand treatments that work.

And, what do they offer those veterans?

They teach them to STOP dissociating, connect with themselves, find parts of themselves they have previously rejected and then accept them, welcome memories, experience pain, be O.K. with hurting and grieving and carefully listen to the deepest places of their hearts.

There we see no flashing lights, taps on the hands, vibrating eggs, strange sounds, mantras, formulas or strange blank Zen states. Just people learning how to feel again within a non-reactive state using techniques that are thousands of years old.

No, they are not going to produce results in six easy sessions — much less instantly.

But, the good news is that those skills actually work and they really do last.

And, the even better news is that it’s not some therapist’s magic trick that heals you — you learn how to heal yourself.